Based on the recent sales numbers, crossover SUVs are now more popular than ever before. There are a lot of drivers who appreciate the all-around versatility and higher seating position of a crossover. Here are five crossover SUVs coming in 2018.

If you are looking for a fun alternative to a compact sedan, check out the all-new 2018 Ford EcoSport. The EcoSport’s reasonable size makes it an ideal choice for daily commuting. In terms of styling, the EcoSport looks like a smaller version of Ford’s top-selling Escape. For this compact SUV, you can expect prices to start at about $20,000.

EcoSport buyers will have two different engines to choose from. The turbocharged three-cylinder engine is your most efficient option. Meanwhile, the optional 2.0-liter engine will deliver an enhanced level of performance. Every trim in the lineup comes equipped with a six-speed automatic transmission. Featuring a sports-tuned suspension and an upgraded steering system, the EcoSport SES offers especially nimble handling. Additionally, all-wheel drive is available as an option.

On the inside, the new EcoSport has a trendy appearance that will appeal to a lot of young drivers. While the base model will come loaded with goodies such as Bluetooth phone integration and a basic sound system, plenty of upgrades can be found on the higher trim levels. Ford’s impressive Sync 3 interface is now ranked among the top infotainment systems on the market. You also have access to a 4G Wi-Fi hot spot.

Although the EcoSport has yet to receive an official safety rating, it will offer some useful driving aids. A backup camera comes standard. Meanwhile, blind-spot detection and parking sensors are confirmed optional features.

The 2018 Hyundai Kona is another subcompact crossover to keep your eyes on. It is engineered to offer a great blend of style, practicality, and performance. With an estimated MSRP of $20,000, the new Kona may prove to be a standout value.

Pushing out a total of 147 horsepower, the base four-cylinder engine will satisfy most people. Fuel economy should easily exceed 30 mpg on the highway. To experience more driving excitement, step up to the turbocharged engine. It develops a healthy 175 horsepower and 195 pound-feet of torque. A brisk 0-60 time of 7.5 seconds puts the turbocharged Kona among the quickest crossovers in the segment. The optional AWD system is a must for tacking snowy road conditions.

Although the Kona is a compact vehicle, its interior provides enough space for the average family of four. One of the Kona’s best qualities is its lengthy list of standard components, which includes Apple CarPlay and Android Auto. Boasting wireless phone charging and an 8.0-inch touch screen, the Ultimate trim feels luxurious, comfortable, and safe.

Plenty of modern safety innovations are available for the new Hyundai Kona. While the lane-keep assist helps drivers to stay on track, automatic braking can bring you to a halt in emergency situations.

For good reason, a lot of drivers have been eagerly awaiting the 2018 Volvo XC60’s arrival. Gorgeous exterior styling and world-class technologies help make the compact XC60 a hot commodity. As usual, expect the redesigned model to provide a top-notch level of crash protection. Prices for the new XC60 start at about $42,400.

The base power source is a turbocharged four-cylinder engine, which helps the XC60 to return up to 28 mpg. While all versions of the XC60 offer strong acceleration, the available T6 engine really cranks out a high degree of performance. It is rated to produce an impressive 316 horsepower and 295 pound-feet of torque. Responsive handling makes the new X60 even more rewarding to drive. Although this crossover isn't noted for being a rugged off-road machine, a capable AWD system ensures outstanding traction in wintry weather.

Test drivers applaud the XC60’s upscale interior. Even the base version comes loaded with several high-tech components, including a tablet-style infotainment screen. Luxuries, such as a 1,100-watt sound system and a hands-free tailgate, are optional. Very few crossovers in the segment offer a safer ride. When approaching an obstacle at low speeds, the standard City Safety feature can automatically activate your brakes. Other safety innovations consist of blind-spot detection, adaptive cruise control, and a 360-degree parking camera.

Some automotive journalists consider the 2018 Chevrolet Traverse to be the ultimate family vehicle. Providing three rows of seats, the completely redesigned Traverse promises to reward everyone with a comfortable ride. Even passengers sitting in the back will have ample legroom. A base price of $30,875 makes the Traverse one of the top values in the class.

A potent V-6 engine comes standard on the new model. Its 310-horsepower output enables the Traverse to easily climb steep hills and merge onto busy interstates. Chevy will also offer turbocharged four-cylinder engine, which punches out a solid 255 horsepower. Fuel economy for the new Traverse stands at a combined 20 mpg. The improved gas mileage will certainly help families to save some extra cash.

You can count on the new Traverse to keep your loved ones secure. A helpful Rear Seat Reminder ensures that young kids never get left behind. Automatic emergency braking comes standard on the top-of-the-line trims.

This Italian-built crossover is destined to offer a high degree of driving excitement. Sports sedan-like handling and blistering acceleration make the Stelvio a very entertaining automobile. Although the Stelvio is more expensive than the average compact crossover, it is well worth its $41,995 MSRP.

The base turbocharged engine develops a stout 280 horsepower. When launched from a standstill, the sporty crossover takes only 5.4 seconds to hit 60 mph. In terms of fuel efficiency, drivers can look forward to getting 22 mpg in town and 28 mpg on the freeway. If you want to experience a stronger punch under the hood, upgrade to Ferrari-based V-6 engine. Twin turbochargers help it to churn out a thrilling 505 horsepower. Upon activating its Race Mode, the Stelvio instantly develops a more aggressive character on the road.

When you sit behind the wheel of the new Stelvio, the crossover’s driver-focused cockpit will immediately catch your attention. While the standard infotainment system will get the job done, the upgraded version boasts a larger display screen and sharper graphics. A 14-speaker Harman Kardon audio system is also on the list of options.

Although the 2018 Alfa Romeo Stelvio has not received a crash-test rating, it does offer a plethora of advanced safety features. Lane-keep assist, autonomous braking, and rear cross-traffic alert are just a few of the available driving aids. 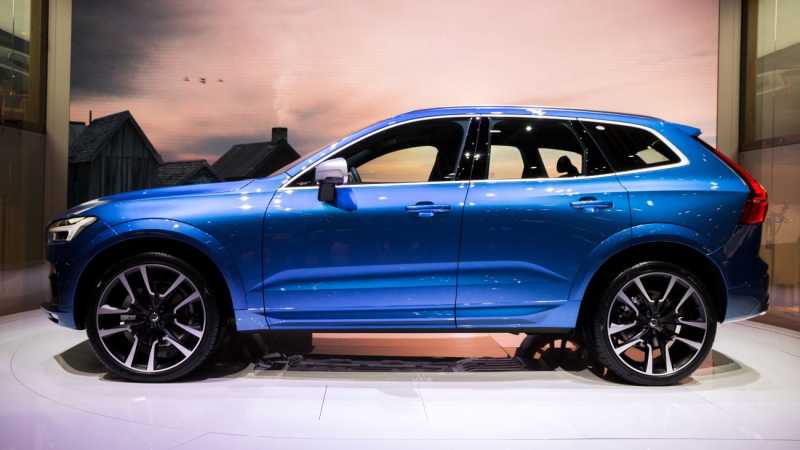