Atrial fibrillation, also known as AFib or AF, is the most commonly diagnosed form of heart arrhythmia. Affecting between two and six million people in the United States, atrial fibrillation is caused by malfunctioning of the upper chambers of the heart, also known as the atria. This creates an irregular heartbeat, impairing the normal flow of blood through the heart. If you have atrial fibrillation, you may notice symptoms that include a rapid or fluttering heartbeat, chest pain or pressure, dizziness, tiredness, confusion, and shortness of breath.

Atrial fibrillation often occurs briefly and intermittently, but it may also become a permanent or semi-permanent condition that requires medical intervention. The disorder is divided into the following categories:

Atrial fibrillation frequently occurs alongside one or more other health conditions, and it may lead to a greater risk of heart failure, stroke, coronary heart disease, heart attack, and other serious cardiovascular complications. Standard treatment includes warfarin or other blood thinners, sodium channel blockers, calcium channel blockers, beta blockers, and digoxin. Cardioversion, which uses a mild electrical shock to reset your heart's natural rhythm, may also be used.

There are also a number of new treatments that may offer greater effectiveness, particularly for AFib that is resistant to standard treatment options. If you suffer from AFib, here's what you need to know about the latest research and treatment options.

Among the medications typically prescribed to treat atrial fibrillation, the most common is the anticoagulant drug warfarin. AFib causes a higher risk of stroke and other related cardiovascular events, so one of the primary treatment goals is protecting against the formation of blood clots. Anticoagulants accomplish this by slowing down your body's natural blood clotting process, and they have been shown to reduce the risk of stroke by 50 percent or more.

Warfarin is the most common first-line anticoagulant treatment, but it isn't without risks. It may cause an increased risk of a particular type of bleeding in the brain, called a hemorrhagic stroke, and it comes with a number of food and drug interactions.

In recent years, the U.S. Food and Drug Administration approved three new alternatives to warfarin. These drugs — Pradaxa (dabigatran), Xarelto (rivaroxaban) and Eliquis (apixaban) — offer similar or greater effectiveness compared to warfarin while lowering the risk of hemorrhagic stroke. These drugs are also known to produce fewer food and drug interactions. Additionally, they act more quickly and do not have the routine blood monitoring requirements of warfarin.

Another relatively new medication is the antiarrhythmic agent dronedarone (Multaq). This drug works to regulate your heart's rate and rhythm, and early research suggests it may reduce the risk of hospitalization and death associated with cardiac events.

Though medication is often used as an initial treatment for atrial fibrillation, some people may benefit from other procedures designed to address the condition directly.

One recently developed treatment is called catheter ablation. Unlike older surgical treatments, this procedure involves no cutting or stitching, requires less recovery time, and typically leads to fewer complications. Catheter ablation involves the use of a thin, flexible catheter tipped with an electrode, which is threaded through a blood vessel in your leg or groin and up to your heart. The electrode is used to burn off the small patches of heart tissue that are responsible for causing atrial fibrillation, safely restoring normal heart rhythms.

Another relatively recent treatment is a minimally-invasive surgical procedure called left atrial appendage (LAA) occlusion. The LAA is a small sac within the left atrium of the heart. In people with atrial fibrillation, blood may collect within this sac and begin to clot. If these clots are then pumped out into the body, they can cause strokes if they reach the brain. LAA occlusion may involve the use of a surgical procedure or implanted device to close this sac and prevent blood from collecting and clotting. Because the LAA accounts for up to 90 percent of all blood clot formation in people with AFib, this procedure can significantly reduce your risk of stroke if your condition does not respond to other treatments.

The Cox-Maze IV procedure is another recent treatment option that has proven successful. You may be referred for this surgical treatment if your atrial fibrillation cannot be controlled through medication, if you've undergone one or more unsuccessful catheter ablations or if you have a health condition that makes other treatment options impossible. The procedure has an initial success rate of greater than 90 percent, and more than two-thirds of patients remain free of symptoms and require no medication even five years post-surgery. However, the procedure is more invasive than other options and is associated with a slightly higher risk of complications.

The Future of AFib

The number of cases of atrial fibrillation in the United States is expected to double by the year 2050, making safe and effective treatment options a major priority. Though current treatments are generally effective and can improve the outlook and quality of life of most patients, the disorder remains complex and not well understood.

One of the most promising areas of atrial fibrillation research is advanced imaging techniques that allow medical professionals to see precisely how atrial fibrillation happens in the heart. These technologies are capable of tracking the flow and interaction of chemical and electrical signals in the tissue of the heart, paving the way for new treatments that specifically trigger the underlying mechanisms behind AFib.

Recent research has also begun to explore the possibility of using DNA phenotyping and genotyping in managing the treatment of atrial fibrillation. This personalized medicine approach analyzes your genetic makeup to identify your individual health profile and risk factors. This information can be used to make better decisions regarding the type and timing of treatment, allowing your doctor to create a comprehensive strategy that is unique to your needs. Though this approach is still in its infancy, it has shown the potential to produce better outcomes with less risk and fewer complications.

Atrial fibrillation is a serious disorder that increases your risk of heart attack, stroke, and other life-threatening events. However, there are many treatment options available, and new drugs and non-invasive medical procedures show even greater promise with fewer risks and complications. Cutting-edge research is providing a better understanding of this condition than ever before, making for a brighter future for all atrial fibrillation sufferers. 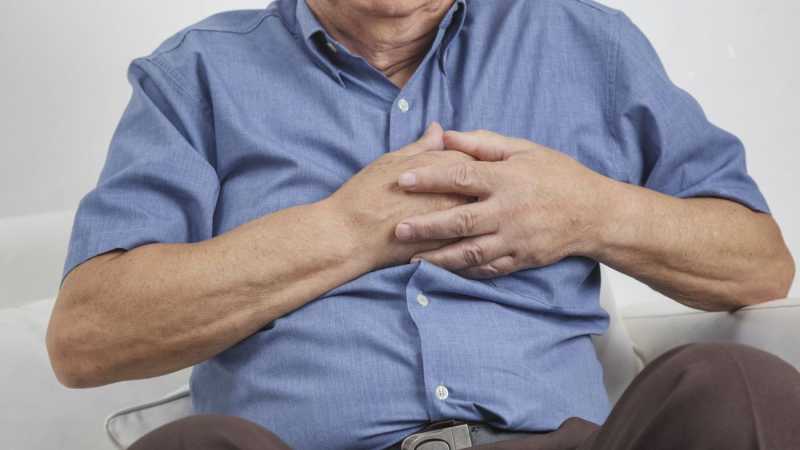