Crossover vehicles are a popular choice for families because of their utility, economy, and safety, with cargo space that makes them a great alternative to the classic sedan. In addition, the newest vehicles in this class tend to be packed with high-tech features that appeal to youthful buyers as well as tech-savvy adults. If you're shopping for a 2016 crossover SUV for your family, here are the small SUVs that provide the best value, best safety ratings, and most impressive features.

This sleek, stylish crossover gets high marks for its exceedingly comfortable interior, excellent safety ratings, and powerful V6 engine. The Murano was rated as the best two-row SUV for the money and best two-row SUV for families by U.S. News and World Report, Best in Class Vehicle Satisfaction by AutoPacific, Most Dependable Mid-Size SUV by J.D. Power and Associates, and one of the best family crossovers of 2016 by Parents Magazine.

The Murano is distinguished from its competition by several class-exclusive features. Available predictive forward collision warning and around-view monitor with moving object detection tracks the vehicles around you to help detect potential risk using a sophisticated system of cameras and radar. Front and rear zero gravity seats are ergonomically designed to put you a neutral spine position to prevent fatigue on long journeys and provide optimal comfort. And with the available rear USB connection part, passengers can charge their phones as well as stream music and media through the integrated device interface.

In addition to unique comfort and convenience features, the 2016 Murano also boasts unprecedented safety ratings, including crash test scores that make it a Top Safety Pick+ of the Insurance Institute on Highway Safety.

Available in either a standard or hybrid version, the 2016 Toyota Highlander gets high marks for the incredible reliability that's inherent in the Toyota brand, as well as a well-appointed, high-quality cabin and refined, powerful handling. The 2016 Highlander was named a Best Buy Award Finalist, received the 5-Year Cost of Ownership Award, and is one of the best family cars of the year as named by Kelley Blue Book.

If you're looking for a vehicle with the value of a crossover and the space of a larger SUV, look no further than the Highlander. It's one of the few cars in this class to offer an available third row, for total seating of up to eight passengers. The powerful available V6 engine allows you to upgrade for higher performance without sacrificing this SUV's excellent fuel economy. Toyota's Entune user-friendly infotainment system comes standard, integrating multiple smartphone connectivity options and a 6.1-inch touch screen. The Highlander also has an available rear seat entertainment system and driver voice projection that makes it the optimal choice for a large family, while frequent road trippers will appreciate the best-in-class cargo space (a whopping 83.7 cubic feet).

The 2016 Highlander also lives up to Toyota's unmatched reputation for safety, earning designation as a Top Safety Pick+ from the Insurance Institute on Highway Safety as well as a five-star overall crash test rating from the National Highway Traffic Safety Institute.

Fully redesigned for 2016, the Honda Pilot is another crossover that offers the elusive third-row option, expanding seating for up to eight. In fact, U.S. News and World Report named the 2016 Pilot the best three-row SUV for the money and the best three-row SUV for families. In addition, it received the Best Buy Award from Kelley Blue Book, cementing Honda's reputation for providing some of the best vehicle values on the market. You'll love this SUV's quiet ride, comfortable seats, and upscale cabin, combining to give it the feel of a much more luxurious automobile.

The 2016 Pilot is distinguished by several class-exclusive standard features, including a V6 engine and rearview camera on the base model. The second row both reclines and slides backwards, a rarity in this class, while the third row offers enough space for full-sized adults instead of being an afterthought suitable only for your smallest passengers. In addition to almost 84 cubic feet of cargo space, small item storage throughout keeps the Pilot's cabin organized. You'll love the Pilot's sleek look, upscale, soft-touch materials, and hushed ride.

The 2016 Pilot is also a great choice if safety is your primary priority when choosing a crossover vehicle for your family. It's a Top Safety Pick+ of the Insurance Institute on Highway Safety, with the highest crash test ratings in all five categories. In addition, it has a five-star overall rating from the National Highway Traffic Safety Administration.

If you're shopping for a 2016 crossover SUV, you can't go wrong with any of these three top choices. Check out your local dealership to test drive any of the best crossovers of 2016 in person in order to narrow down your options for a car you'll be happy with for years to come. 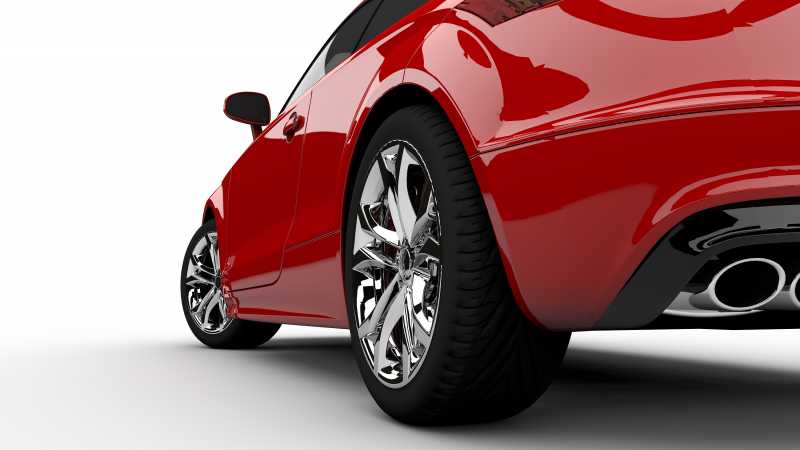