There's nothing quite like a powerful, sporty convertible car that can handle tight corners and top speeds with relative ease. Virtually every major auto manufacturer sells at least one flagship convertible, designed to appeal to car enthusiasts and take advantage of every sunny day throughout the spring, summer, and fall. Though competition among manufacturers is quite stiff, with many great models available, there are a few convertible cars that stand well above their competitors.

The best 3016 convertibles range from approachable, domestic models to high-end luxury models from international brands. Here's a look at the best type of convertibles for every 2016 buyer.

When it comes to domestic manufacturers, no one has mastered the convertible or sports car market quite as well as Ford has done in the past half-century. The legendary automaker's Mustang, which was one of the first sports cars on the market, continues to impress buyers with its combination of stunning design, impressive horsepower, and convertible features.

If you're seriously considering the Ford Mustang convertible, you'll want to pick up the EcoBoost Premium trim level of the popular domestic sports car. The EcoBoost Premium model, in addition to featuring a convertible design, comes with a more than 300-horsepower engine, the Ford SYNC 3 infotainment system with Apple CarPlay compatibility, 18-inch wheels, and leather-trimmed seats that can be both heated and cooled.

This high-end model blends the best of Ford's high-end trims and technologies with a fuel-efficient, sporty engine, making fuel economy impressive in comparison to other domestic sports cars currently on the market. That makes the Mustang convertible a solid choice for value-minded buyers with an eye for Americana in their convertible purchase.

While the Mustang has cornered the market on classic American design and engineering, some buyers are looking for a convertible that stands out as being a bit more upscale. It's hard to go more upscale than the Jaguar F-Type, which is one of the priciest and most attention-getting convertible sports cars currently on the market.

The F-Type's stunning roadster design is paired with a more than 550-horsepower engine that puts even the Ford Mustang EcoBoost Premium to shame. The car features progressive braking, an aerodynamic design for maximum speed and efficiency, and a fully integrated infotainment system that merges smartphones and tablets with the vehicle's 8-inch dashboard display.

Starting at $65,000, the Jaguar F-Type convertible is a high-end, luxury convertible for discerning buyers who view money as no obstacle in obtaining the ideal convertible car.

In recent years, Buick has begun to acknowledge a problem with its brand: Most people associate the word "Buick" with older, slower drivers, and stodgy design that doesn't align with current trends. In addition to releasing fully redesigned SUVs in the Encore and Enclave, the company also spent several years working on the ideal convertible sports car for its lineup. In 2016, the Buick Cascada was released to American buyers. The Buick brand may never be the same.

As part of its new, younger image, Buick's Cascada features a sleek, low-profile design and a 1.6-liter, four-cylinder engine with Spark Ignition Direct Injection. Though this isn't the most impressive engine based solely on specifications, it certainly has enough power to provide quick acceleration and tight control on winding roads. The Cascada features the GM Intellilink and OnStar infotainment systems, features a two-door design, and is the ideal "weekend car" for buyers giving the Buick brand another chance.

Sports sedans are one sure way to find a powerful, sleek convertible, but they're not the only game in town. Indeed, Nissan's Murano Cabriolet is an intriguing way to buy something a bit more practical and versatile for use throughout the year. The car is even a good fit for families. Based on the company's Murano crossover SUV, the Cabriolet edition of the popular Murano drops the four-door design in favor of two doors instead.

The Volkswagen Eos has long been the German car company's primary option for convertible buyers, but the most recent edition of the popular car takes things a step further. In most cases, buyers who choose a convertible, whether it's uses a hard or soft top, have to forego a sunroof when the top is up. That isn't a compromise that Volkswagen will require its Eos buyers to make, however. This year, the Eos features a hard top convertible design that includes a full sunroof. Even on days when the top needs to stay up, Eos owners can open the sunroof and still enjoy a bit of fresh air as they go about the day.

If you're looking for reliability and great technological features, the Eos also delights. Volkswagen's Eos, as well as its other models, benefits from "German engineering" that typically allows these cars to retain their value, require minimal maintenance, and stand the test of time. Technological features include Apple CarPlay compatibility and a Volkswagen smartphone app that can even remotely lock or unlock the vehicle via the Internet.

Great Options for All Types of Convertible Buyers

The best 2016 convertibles depend almost entirely on what you're looking for. Families will want something a bit bigger and more practical, while buyers who plan to use the car for weekend trips and joyrides might want to look at a two-door luxury model. Luckily, ample options are available to satisfy each need. Whether it's the best value, the best technology, or the best design for families, each of the top 2016 convertibles will allow for impressive, responsive, and invigorating driving. 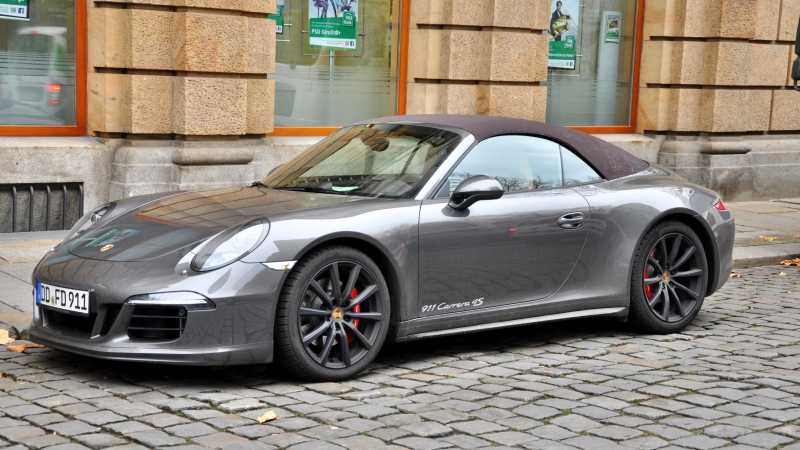