With its total reboot in terms of style, comfort and tech, the 2017 BMW 5 Series earns its place at the starting gate this year. If affordability isn’t a deciding factor for you, it would be fun to have all this futuristic technology now. The visually and technologically revamped 2017 BMW 5 Series is the second most popular BMW on the market.

Sales aside however, it’s a simply beautiful car that walks the line between classic styling and modern design. Trying to seize the leadership in its class, the 5 Series is a totally reworked car. It’s longer and taller with a suitable gain of backseat passenger space. This sedan also offers more high-tech features than ever before, although affordability does become an issue if you expect to enjoy them all in the same package.

While the 530i and 540i editions have decent sprint times, the M Performance twin turbo V8 edition can go from 0 to 60 mph in a mere 3.9 seconds.

Rear-wheel drive and an eight-speed automatic are standard across all trim levels. For a more European driving style, BMW offers its intelligent all-wheel drive. A revised suspension steps up this car’s fun quotient. However, unless you spring for the 550i, handling and ride quality can both be summed up with the word comfortable. To get a sportier response, shoppers will want to consider the available adaptive dampers.

Adding even more useful technology to this already impressive ride, Adaptive mode can adjust your steering and transmission in response to road conditions. It can also analyze and respond to your driving style. If allowed to connect to your navigation system, it can react before you reach a crossroads or take a curve.

The 2017 BMW 5 Series models have a corner on today’s technology market. BMW has designed a new 10.3-inch display screen with advanced functionality, and it’s featured in select trim packages. You'll be able to use the touchscreen, tactile buttons, voice command, or hand gestures to summon up a world of entertainment choices.

BMW also offers 3D-view exterior cameras that combine for a 360-degree panorama on the touchscreen. The view is so clear that many drivers have been surprised by the quality of the visuals. If perfect vision doesn’t fulfill all your parking needs, an automated parking system is also available to ease the process. Stepping firmly into the future, a 5 Series key fob can be used to park the sedan in a tight space. All you need to do is stand aside while your car parks itself.

Automation is front and center in this series of vehicles – allowing you to take your hands off the wheel for up to 30 seconds when certain systems are engaged. Adaptive cruise control is aided by an active lane control. Similarly, the autobrake feature is ready to reduce the chances of certain types of collisions.

Adaptive LED headlights were enlarged on the 2017 models, making them even more effective. The 5 Series earned an IIHS Top Safety Pick Plus designation for its models with these features.

Before you get too excited about all this technology, remember that extra costs are involved. Shoppers will spend from $5,000 to $10,000 for high tech features, and some are limited to higher editions, pushing the price up even further. That being said, drivers will truly get a taste for the future of automotive technology with these capabilities on board.

If you are a luxury buyer who’s still environmentally conscious, the 5 Series offers a few choices regarding fuel efficiency. The 530i turbo offers 24 mpg highway and 34 mpg highway, a respectable 27 mpg overall. The 540i xDrive earns only 23 mpg combined which breaks down as 20 mpg city and 29 mpg highway. It’s worth noting that with most vehicles, all-wheel drive trim packages make a noticeable difference in fuel economy.

On the issue of affordability, many luxury makers are offering their safety tech at much lower overall prices. In comparison to other luxury sedans, you’ll have to analyze what you are getting for your money and whether you can afford BMW’s additional costs.

The Acura TLX, Lexus GS 350, and relative newcomer Genesis G80 sedans are competing by offering better value packages than BMW. This allows shoppers to save about $5,000 while picking up safety features, as well as luxury items such as leather upholstery.

Audi A6 sedans and Mercedes Benz E-Class offer a more engaging driving experience, and both are impressive competitors. It’s certainly a matter of taste, but at these higher rates, shoppers may seek the most driving fun for their money. 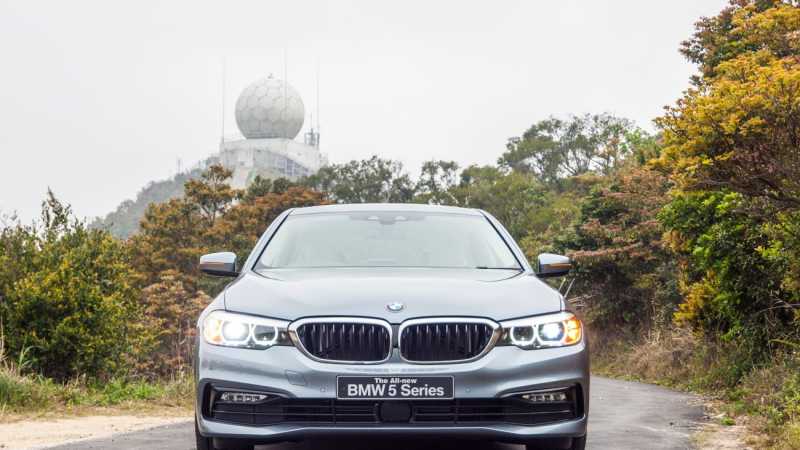