The Dodge brothers, Horace Elgin Dodge and John Francis Dodge, founded the Dodge Brothers Company machine shop in late 1900. The company started as a parts and assemblies supplier for Detroit automakers. However, the Dodge brothers began building complete automobiles in 1914 under the brand “Dodge Brothers.” Dodge was eventually sold to the Chrysler Corporation in 1928 after both brothers died.

In the 1980’s, Chrysler created the Dodge Caravan. Not only did this vehicle help save Chrysler, but it also created a completely new market segment that remains popular to this day: the minivan.

Throughout the 1980’s and 1990’s, Dodge was the unofficially dubbed the sporty division of Chrysler. This is due to the series of high-performance, aggressively styled models that came out during this period, including the Lancer, the Daytona, and the mid-sized 600. In 1992, Dodge introduced the Viper. With its aluminum V10 engine and composite body, the Viper pushed Dodge’s sports-car lineup even further.

In 2009, the Italian automaker Fiat formed a partnership with Chrysler. This partnership evolved into a complete merger in 2014, with the formation of Fiat Chrysler Automobiles. The combined company is now based in London. Fiat Chrysler Automobiles announced in 2014 that Dodge would focus solely on performance vehicles, positioned between Chrysler and Alfa Romeo. Below are 5 of the top rated and most influential Dodge vehicles of all time:

The Dodge Caravan was introduced in 1984 and was responsible for the creation of an entirely new market segment in automobile production: the minivan. Before the introduction of the Grand Caravan, large families were limited in options, but they typically crammed everyone into a station wagon. Through the Caravan, Dodge introduced a much better people mover and thus a much better solution for many families, sports teams, and anyone needing to carry more than the 5 people that would fit in a typical sedan.

Introduced in 1992, the Dodge Viper catapulted Dodge into the supercar industry. The centerpiece of the Viper was its V10 engine. The Lamborghini Company, then owned by Chrysler, constructed the block and heads out of aluminum alloy.

The Viper was not designed as a luxurious sports car for the elite; it was designed for car lovers whose only desire was speed. The interior of the Viper was Spartan, with only basic furnishings. Not only did the Viper lack exterior door handles, but it also lacked side windows and a roof. Even though a soft cover could be purchased, the Viper was designed to be stored inside. In 1994, Dodge introduced more options for the buyer including air-conditioning, a fiberglass roof, and adjustable suspension.

Few cars have as much name recognition and American history as the Dodge Charger. Introduced in 1966, the Dodge Charger featured four bucket seats and a two-door, fastback design. The base model came equipped with a 5.2L V8 engine and a 3-speed floor shifter transmission. Many consider the original Dodge Charger to be the best looking American muscle car from the 1960’s. This styling almost certainly accounts for the Charger’s popularity because sales of similar cars in this time period were dismal.

Starting as a supplier of auto parts to Detroit-based automakers, the Dodge brothers quickly expanded their company into a full-scale automobile manufacturer. Even though it has been through a series of acquisitions, partnerships, and changes in ownership, Dodge’s commitment to performance has remained. In addition to its trademark performance, Dodge is also responsible for creating one of the most popular automobile market segments in America: the minivan. 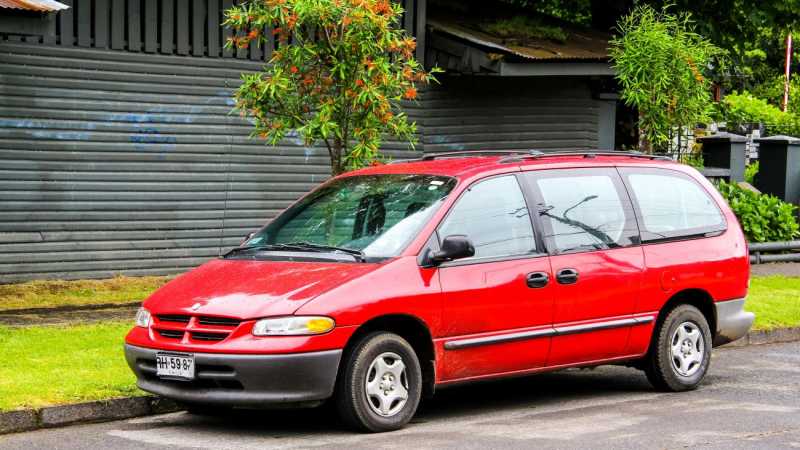