Everything You Need to Know About Breast Cancer

According to the American Cancer Society, breast cancer is the most common type of cancer that affects women in the U.S, and it's the second greatest cause of cancer-related deaths. Fortunately, improvements in treatment have caused mortality rates to fall significantly in the past three decades.

Nonetheless, more than 300,000 women and 4,000 men in the U.S. were diagnosed with the condition in 2016. If you or someone you love has been recently diagnosed, rest assured that cancer care is improving every day. This guide will cover common breast cancer symptoms and risk factors as well as the broad range of treatment options.

What is Breast Cancer?

The most frequently diagnosed form of breast cancer is ductal carcinoma, which stems from abnormal cell growth in the breast ducts. Lobular carcinoma, as its name implies, begins in the lobes. A rarer condition is inflammatory breast cancer, which is believed to begin in the lymph nodes. It's also possible to develop skin cancer on the surface of the breast.

Researchers have identified a number of possible risk factors for breast cancer, but anyone is susceptible. Everyone's cancer risk increases with age. You might be at a heightened risk for breast cancer if any of the following apply:

Although the underlying reason for most individual cases of breast cancer are unknown, it's believed that excessive estrogen production could be a contributing factor. About 5-10 percent of breast cancers are caused by inherited genetic mutations.

Symptoms of breast cancer include:

To make a diagnosis, doctors must conduct multiple tests. In addition to an overall physical exam to check for lumps and other abnormalities, your doctor may want to perform a mammogram. If those tests are inconclusive, the doctor will then want to perform a biopsy, which entails cutting out a small piece of breast tissue to check for cancerous cells.

If cancerous cells are detected, your doctor may recommend different treatments based on the severity of the cancer. Ultimately, the type and timing of treatment is totally up to the patient. Below are the most common options for treating breast cancer.

Surgery: Most breast cancer patients require some degree of surgery to remove cancerous tissue. A mastectomy, or partial removal of breast tissue and lymph nodes, may be necessary. Your doctor may also conduct a sentinel lymph node biopsy or an axillary lymph node dissection to determine if the cancer has spread beyond the breast. Some women also opt to undergo breast reconstruction surgery after the cancer is removed.

Radiation: Depending on the severity of the cancer, your doctor may recommend radiation therapy. Radioactive energy kills cancer cells, but it can also damage healthy ones, so you and your doctor will have to weigh the potential benefits against the potential side effects. There are different types of radiation, such as x-rays, and they can be administered either externally or internally. Internal radiation treatment is called brachytherapy, and it entails temporarily implanting a radioactive source inside the body.

Chemotherapy: Also known simply as chemo, chemotherapy refers to a group of drugs that can be taken orally or injected into the veins or spinal fluid. They work by interfering with the cell division process to halt the spread of cancer. Consequently, most chemotherapy drugs come with side effects. The National Cancer Institute has an exhaustive list of all approved breast cancer drugs as of 2017.

Hormone Therapy: Since estrogen can accelerate the growth of certain types of breast cancer, estrogen blockers sometimes help prevent cancer from spreading; however, they only work on tumors with specific hormone receptors. Like chemotherapy, hormone therapy is considered a systemic therapy, which means that it affects the entire body rather than just a specific area.

Targeted Therapies: Newer cancer treatments are more targeted than traditional methods. Unlike systemic therapies, targeted therapies only affect specific genes and proteins. Therefore, they tend to be safer, yet some targeted treatments also have side effects.

A combination of various types of therapies may be necessary to eliminate and stop the growth of cancer cells.

In addition to the tried-and-true treatments described above, there are alternative treatments that may alleviate breast cancer symptoms, yet they do not provide a cure. The following treatments have not been clinically tested on breast cancer patients, but anecdotal evidence suggests that they can ease associated pain and swelling:

Be honest with your cancer doctor about any alternative treatments you might want to pursue. The American Cancer Society has an extensive guide to complementary and alternative breast cancer treatments. 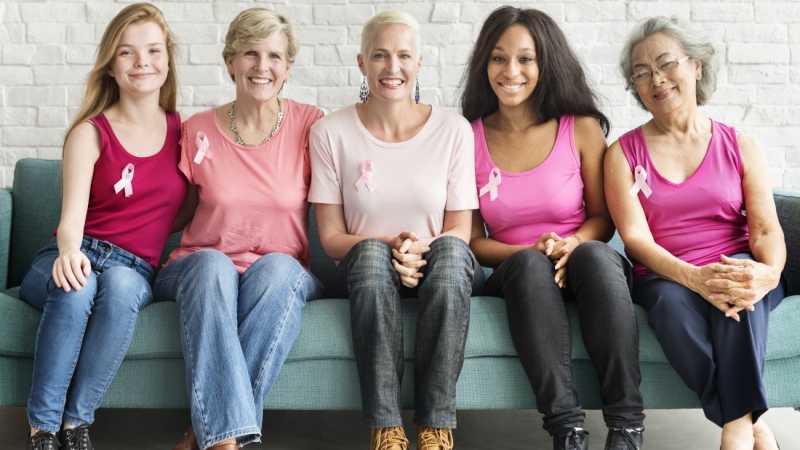