Have You Seen These New Luxury Sedans?

Luxury sedans are almost a dime a dozen these days, with nearly every automaker in the world releasing a model. They're a popular choice for auto enthusiasts who want a balance between sophistication, power and affordability.

Most luxury sedans focus on one priority. Some are performance-first vehicles with nimble drivetrains, while others focus on high tech features that amaze even the expert critics. The base line for all luxury sedans is an air of premium quality and refinement aimed at elevating your driving experience.

The 2017 Infiniti Q70L is perhaps the best well-rounded vehicle in the luxury sedan category. It has a little bit of everything that you will find in certain other vehicles, wrapped into one shiny sedan. It’s surprisingly affordable with a base MSRP of just $50,100. It’s powerful and quick, and it has all the high-tech trappings of a European luxury model.

The 2017 Q70L has options galore, spread out over four different model trims. You won’t find any suped-up inline 4s here though. The base model starts with a capable V6 engine that has an all-wheel drive package.

There is the 5.6 liter V8 that also has an all-wheel drive package available. Unfortunately, the Q70L doesn’t go nearly as far on a single tank of gas as some of its competitors, only getting 25 miles per gallon on the highway at best. If you can overlook that, then you will enjoy the 2017 Q70L’s curvaceous exterior paneling, bubble head lights, and polished dual exhaust tips. It sports a long wheelbase which gives the Q70L much more bravado on the road.

Inside the cabin, you’ll find more wood grain than a Jaguar and supple leather that feels buttery and expensive. The sixteen speaker Bose audio system is compatible with just about every device you can imagine, from Bluetooth, Apple, USB and even CDs.

The safety rating is a top pick from the IIHS and there are four cameras onboard the vehicle that assist in everything from parking to driving on crowded urban streets. The 2017 Q70L simply feels luxurious, and isn’t that the standard for this category?

The 2017 Cadillac CT6 is a fine example of what happens when an American car manufacturer takes a page from the European luxury automakers’ book. Its style packages have garnered the CT6 plenty of critical acclaim. The Digital Trends Car Awards named the 2017 CT6 “Luxury Car of the Year”. Wall Street Journal called it “handsome, swift and cleverly built.” Automobile Magazine claimed that the 2017 CT6 is “the most advanced and luxurious Cadillac ever.”

They aren’t just blowing smoke either. For starters, it’s surprisingly affordable. The basic trim starts at $54,500, which puts it in the stratosphere of mid-sized sedans. It packs a lot of bang for your buck when it comes to interior amenities.

To see what you can really get with this sedan, let’s take a look at some of the interior features that are available with the Platinum package. It’s a delight to the senses. The front seats scroll through twenty different settings and even the rear bench has individual reclining seats. If you squint your eyes and dream, you might just get the feeling that you’re in a Maybach.

The cabin is divided into four different climate zones and you can control the atmosphere in each one separately. If your favorite part of driving is blasting music, thirty-four Bose speakers turn the interior of the CT6 into your own private concert hall with the Panaray sound system.

It’s hard to look past the brilliance of the CT6’s interior, but its drivetrain is less than spectacular. The bar is extremely high in this category, but the available 404 horsepower twin turbo on the CT6 feels a bit heavy-handed for such a nuanced vehicle.

When it comes to safety features, the Volvo S90 has an advantage over nearly every other luxury sedan on the market. It was designed to rival the high-end luxury sedans, like the BMW 5 Series and the Mercedes-Benz E-Class. With an MSRP starting around $51,000, the Volvo S90 has some pretty high expectations, but it certainly doesn’t disappoint.

It’s got all the luxury trimmings you have come to expect, such as a premium leather interior, a large central touchscreen and a premium sound system. It is a bit sluggish and labored at high speeds, and the interior is quite minimal compared to other luxury sedans, but it definitely makes up for it in other areas.

It comes with Pilot Assist, a semi-autonomous driving feature that can take over for you at the wheel on long road trips. And that’s just the tip of the iceberg. It has sensors, cameras and radar systems that help keep you from running off the road or drifting out of your lane. These active safety features can also detect pedestrians, cyclists and animals crossing near your vehicle.

If you’re in a crowded parking lot and don’t trust yourself to squeeze into that tight corner spot, just let the automatic Park Assist feature park the vehicle for you. Sure, the 2017 Volvo S90 isn’t a perfect all around vehicle, but it puts your safety ahead of gimmicks to give you peace of mind.

The Acura TLX is a sophisticated vehicle with a penchant for high level technology that maximizes the driving experience. That's what sets it apart from other luxury sedans in this year's offering. The 2017 Acura TLX has two different engine configurations to choose from: an inline four-cylinder and a beefy V6. The main difference in the two packages is a huge jump in horsepower. The 2.4 liter inline 4 has 206 horsepower while the 3.5 liter V6 upgrades to 290 horsepower.

The 2017 TLX comes standard with the industry’s first 8-speed dual-clutch transmission, which is available with the inline 4. The V6 has two different powertrain options: a sporty 9-speed paddle-shifter or a premium advanced torque-vectoring Super Handling All-Wheel Drive (SH-AWD) system. With a combined 25 miles per gallon, both V6 options provide a thrilling driving experience without sacrificing a lot of coin at the gas station.

The TLX has one of the best handling packages on any luxury sedan. That’s because the all-wheel drive TLX has sensors all around the chassis that analyze everything from G-force and steering angles to individual wheel speed and power distribution. The TLX hugs the road so you can really let loose behind the wheel.

These luxury sedans are standout offerings for 2017 because they are unique and competitive. They are all priced around $55,000 for starters, but can run as high as $75,000 for the best packages and features.

If you are looking for the best luxury sedan, then your search could go on indefinitely. Each one is special in its own right. The 2017 sedans are a grab bag of tricks and you have to decide first whether you want to turn heads on the road, sit in the lap of luxury or save a few dollars in the long run. Luckily, there is something for everyone in this year's list. 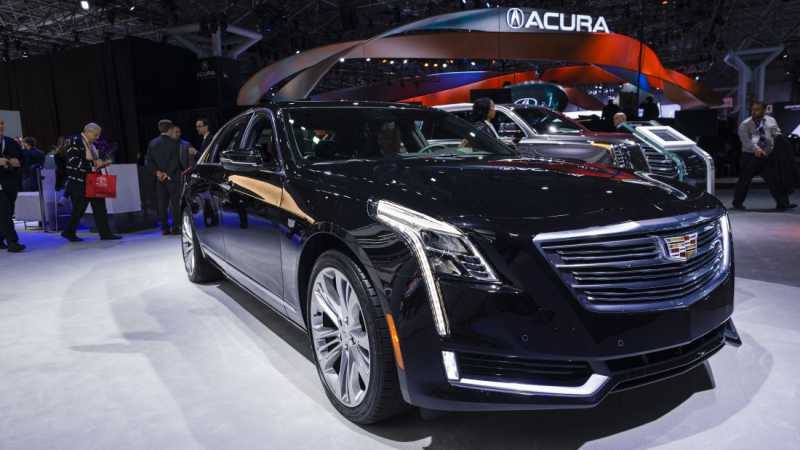