Have You Seen These New Sport Sedans?

Consumers have started increasing their demands when it comes to automobiles. Modern technology and safety features, better handling and more power under the hood are all things that automakers have to look at when designing new models.

The advent of the various crossover vehicles show that drivers want a vehicle that can do it all. As automotive consumers continue to demand ultimate versatility from their vehicles, automakers continue to answer the call producing multiple models that are truly capable of being everything to everyone.

These cars are stylish, luxurious, versatile, and economical, all while being just plain fast. In fact, the sport sedan segment has become the fastest growing segment in the industry, with models capable of break-neck performance, road-trip comfort, and grocery run economy in the same vehicle.

The models highlighted in this article stand as examples of excellent applications of the latest technology and design found in modern sports sedans. These models are sure to impress and amaze you, no matter what you’re looking for in a car.

Alfa Romeo has been struggling to make a comeback in the US market since its partnership with Fiat-Chrysler in 2008. The return to North America has been met with mixed reviews since then, but that is all set to change with the introduction of the 2017 Giulia Quadrifoglio.

The Quadrifoglio, or "four-leaf" clover, has been a designation given to Alfa Romeo racing vehicles and top of the line models since the 1920s. The Giulia Quadrifoglio is no exception, blending track-ready performance with classic Italian beauty and luxury.

The Giulia Quadrifoglio features a twin-turbo 90 degree V6 engine. The uniquely race inspired powerhouse generates a whopping 505 horsepower capable of propelling the Giulia to 60 mph in 3.8 seconds. The Giulia Quadrifoglio is equipped with an advanced performance automatic transmission powering the rear wheels, like any true sports car.

To help the rear wheels handle the immense power of the twin-turbo V6, the Quadrifoglio employs a smart traction control system that eliminates spin without reducing power at any time. The Giulia Quadrifoglio also utilizes the world’s first active front spoiler, which engages electronically to help increase downforce on the front wheels when driving at higher speeds.

The extra downforce is necessary in a vehicle capable of a top speed of 191 mph. The Quadrifoglio falls squarely among the few special vehicles that are not only capable of incredible performance, but are also equipped with enough high-tech components and design to make driving at break neck speed effortless. With a price tag of $72,000 MSRP, the Quadrifoglio is sure to be a hit if you can afford it.

The 2017 Chevrolet SS sedan is a true combination of sports car drivetrain and luxury car design. The SS sedan features a 6.2L LS2 V8 engine. For those who know cars, you’ll recognize this as the same base engine featured in Camaro high performance models. In the SS, which also makes use of rear-wheel drive, this combination produces 415 horsepower, good for 0 to 60 in 4.7 seconds.

The SS houses all this performance in a temple of elegance and luxury. The unibody construction and use of lightweight aluminum alloys make for a smooth, quiet cabin atmosphere for cruising while being lightweight and strong enough for crisp handling on tough roads.

The Chevy SS boasts tons of interior cabin space and luxurious technology features for family excursions and road trips. Added tech features, like magnetic ride control and LED heads up display, make the SS ready for the challenge of any weekend or commute. With a starting price of $47,000, this model offers some serious bang for your buck.

There is no doubting the sporting pedigree of the BMW 3-series sedan. Its history of performance through simplistic precision design has earned it a permanent spot in the sports car hall of fame. As classic as BMW's recipe for the sport sedan is, BMW is also an organization sensitive to the needs of their audience. A such, they have become adept at offering just the right tweaks to make their products all the more appealing.

Hence, we have the 4-series Gran Coupe. BMW introduced the 4-series a few years ago as an alternative for those seeking a car sized somewhere between the 3-series and the 5-series. The 4-series is based on the same chassis as the 3 and comes equipped with very similar drivetrain options. The classic inline six cylinder as well as the livelier turbocharged versions are rounded out by the eco-friendly yet capable turbo diesel.

The 4-series is available in a 2-door coupe and a traditional sedan, but the all-new 5-door Gran Coupe offers BMW customers a new way to experience "the ultimate driving machine". The Gran Coupe utilizes a sport hatchback configuration with a fully folding rear seat, offering sedan styling and sportiness with the utility of a compact SUV.

With multiple trim levels and packages available, you can fine tune the right BMW for you. Priced between $30,000 to $50,000 MSRP, there’s tons of options for your budgetary needs. The 4-series Gran Sport offers consumers yet another pairing of sport performance with real world utility. There is no such thing as too many options, especially when executed properly. Each one can be equally perfect and suited for exactly what you need in a vehicle.

The CT6 is a culmination of design and technology that has been the hallmark of Cadillac vehicles for the past couple decades. The CT6 is a perfectly capable sport sedan that is just at home on country roads as it is sitting in valet parking at 5-star restaurants.

The CT6 is available with a 3.0-liter twin turbo V6. Equipped with all-wheel drive, this model can perform with the best of them. The CT6 is the new flagship of the Cadillac fleet. It comes loaded with some of the most advanced technology in the automotive world.

Features such as enhanced night vision and pedestrian collision avoidance technology are exclusive to the 2017 CT6. The innovations in the 2017 CT6 are all aimed at tailoring a luxuriously comfortable experience for driver and passengers. True to form, this Cadillac uses the highest technology to generate the best driving experience available.

The 2017 lineup of sport sedans is incredible in every sense of the word. Automakers from around the world are instituting the highest technology and the latest styling to create precision tuned works of art. These vehicles are all aimed at being the perfect car for today's consumer - you. They push the limits of performance beyond what was believed to be possible just a few short years ago. You now have the opportunity to find everything you are looking for from a car in a single sport sedan. 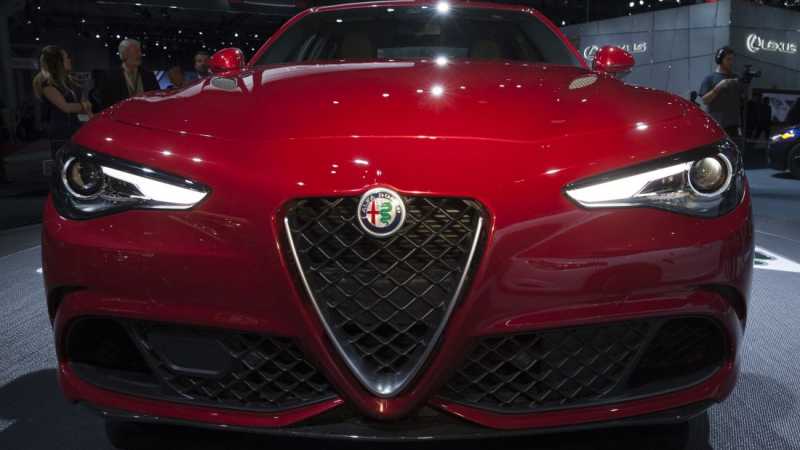