How Much Caffeine Is Really in Your Coffee?

Caffeine is a stimulant that occurs naturally in some plants, including those that yield tea leaves and coffee beans. As a stimulant, caffeine has been enjoyed for thousands of years, and it is one of the most widely consumed and socially accepted stimulants in the world.

Different people will have differing sensitivities to caffeine. Some individuals may experience insomnia or a feeling of nervousness after relatively low doses. For many other people, however, a daily dose of caffeine is a necessary part of getting through the day. In general, doctors agree that up to 400mg of caffeine can be consumed per day with no harmful effects. Children and adolescents should limit their caffeine intake, and pregnant and breastfeeding women should also lower or eliminate their caffeine intake.

If you're aiming to keep within your 400mg per day allowance, it's a good idea to know how much caffeine is in the beverages you commonly drink. That way, you can make smart decisions regarding what to consume.

How Much Caffeine in a Cup of Coffee?

The average 8-ounce cup of coffee will have approximately 95mg of caffeine in it. This means that you can drink four cups of coffee per day and stay under the 400mg recommended limit. However, not every cup of coffee matches the "average" figure.

The type of roast may have a small effect on the caffeine content of your coffee. Dark roast beans lose some of their water content during roasting, leading to a reduced mass when compared to light roast. This means that if you measure your coffee by volume, rather than weight, your light-roast coffee may have a somewhat higher caffeine content.

The way a coffee is brewed and the way the bean was grown can also affect the caffeine content of the final product. While the average figure is around 95mg per 8oz cup, popular coffee brews may vary between 80 and 185mg per serving.

Although a regular cup of coffee has less than 100mg of caffeine, many people don't drink a simple 8oz cup of joe. If you prefer to get your caffeine fix at a coffee shop, the drink you order may have significantly more caffeine than something you'd brew at home.

There are a few reasons for this: First, most people order a larger size of coffee than an 8oz serving. Second, coffee houses will usually have their own house brand of coffee, which may have a somewhat different caffeine quantity than what you get at the grocery store.

Finally, many popular coffee drinks are made with espresso rather than regular coffee. Espresso is brewed in a special manner that extracts more caffeine from the bean. Espresso is traditionally consumed in 1oz serving sizes, with each shot containing between 40 and 75mg of caffeine.

Coffee is not the only naturally caffeinated beverage that can be enjoyed at cafes across the country. You can also get your morning jolt from tea, soft drinks and even energy drinks, depending on your preferences.

Tea leaves contain a natural quantity of caffeine that is much lower than that found in coffee beans. Black tea has more caffeine than green tea, but significantly less than an average cup of coffee.

A brewed 8oz cup of green tea will contain approximately 29mg of caffeine. The same size of black tea will have 47mg. Therefore, you can drink significantly more tea than coffee and stay within your caffeine limit for the day. If you enjoy a latte, the Starbucks Chai Latte, made with specialty black tea and spices, contains 95mg in a 16oz Grande serving.

Soft drinks are made through a combination of sugar, carbonated water, and various flavorings. Unlike tea and coffee, soda does not have naturally occurring caffeine. Instead, caffeine is added to the beverage. The FDA limits cola-style soft drinks at a 71mg limit per 12oz serving.

Energy drinks are made in a similar fashion to regular soft drinks but are designed specifically to deliver a high dosage of caffeine. Caffeine content can vary significantly from one drink to the next, but you can check the label for caffeine content. For example, a 16oz Full throttle has 160mg of caffeine; a 5-hour Energy shot has 200mg in a 2oz serving.

What About De-Caffeinated Beverages?

Decaf coffee and tea is made through a special process that extracts the caffeine from the bean or leaf. Some people believe that this affects the taste, but others prefer decaffeinated beverages.

However, despite the name, decaf beverages do still contain some trace amounts of caffeine. The exact amount might vary depending on the brand and processing conditions. A decaf coffee at Starbucks, for example, may have between 10 and 25mg of caffeine per 16oz serving. A decaffeinated black tea might have up to 10mg of caffeine per 16oz.

If you want a truly caffeine-free hot beverage, herbal tea is a good substitute. Herb tea is made by steeping herbs such as chamomile or mint leaves. Because these plants do not have caffeine in them, the resulting tea is caffeine-free. 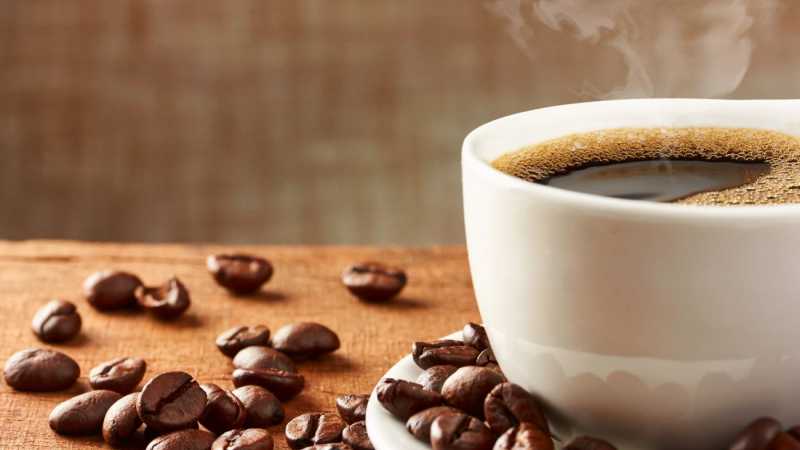