Inside the 2017 Honda Civic

First introduced in 1972, the Honda Civic boasts a long and rich history. The Civic model line has long been recognized for its fusion of reliability, affordability and fuel economy, and the 2017 Honda Civic is no exception. Boasting handsome styling, excellent fuel efficiency and a starting MSRP of $18,740, the 2017 Civic remains true to its roots as one of the best daily drivers on the market. Here's everything you need to know about the 2017 edition of one of the most popular compacts around.

The Civic's basic LX and EX sedans, as well as the LX and LX-P coupes, are powered by a standard 2.0-liter four-cylinder engine producing 158 horsepower. The EX-T, EX-L, Touring and Sport Touring trim levels feature a sporty 1.5-liter turbocharged four-cylinder that puts out 174 horsepower while the upgraded Si trim offers a tweaked turbo engine that produces 205 horsepower. If you crave even more power, you'll find it in the purely performance-oriented Civic Type R and its beefy, 305-horsepower turbocharged 2.0-liter powerplant. Transmission options include a slick six-speed manual and Honda's silky-smooth CVT automatic.

No matter what you're looking for, there's a trim level to meet your needs. The standard 2.0-liter engine strikes a nice balance between sporty fun and daily-driver efficiency, while the 1.5-liter turbo provides class-leading performance. If you've got a real case of lead foot, the Si and Type R trims offer the power and acceleration to scratch that itch without breaking the bank. While Honda once had a well-earned reputation for underpowered brakes, the Civic offers smooth and grippy braking at any speed.

In recent years, the otherwise well-rounded Civic has consistently lagged behind the competition in one particular area: entertainment features. Though the base trims offer a basic push-button infotainment system that holds up well enough, the 7.0-inch HondaLink touchscreen system found on higher trim levels suffers from overly cluttered menus, unintuitive controls and a surprising lack of responsiveness. All the standard entertainment features are present, but the system feels dated and insufficient compared to other models in its class.

However, the news is much better when it comes to safety. National Highway Traffic Safety Administration (NHTSA) tests awarded the 2017 Civic five stars in both its coupe and sedan iterations, and all trim levels offer six airbags and a multi-angle backup camera as standard features. Driver assists are bundled together in a Honda Sensing suite, which includes lane departure warning, lane keeping assist, forward collision warning and collision mitigation braking systems. Sitting in the driver's seat, you'll also be afforded excellent visibility with clean sightlines and large side mirrors.

The compact car segment is fiercely competitive, and the 2017 Honda Civic must compete with a number of strong challengers. To help you make the most informed decision, let's take a look at how the Civic stacks up against some of the most popular models in its class.

If safety is a priority for you, it's hard to argue with the value of the Toyota Corolla. Though its $18,500 MSRP is only slightly lower than the Civic, the inclusion of the Toyota Safety Sense P system on all trims makes it a serious bang for the buck. Toyota's safety suite includes a number of advanced features, including a pre-collision detection system with pedestrian detection, active lane departure warning with steering assists and adaptive dynamic radar cruise control.

If you're looking for a great driving experience, however, the Honda Civic is a clear winner. Compared to the Civic's sporty engine options and agile, responsive handling, the Toyota Corolla feels a bit dated and conservative. It's undeniably comfortable and delivers great value as a daily driver, but there's little excitement to be found behind the wheel. The design reflects this contrast as well, as the Corolla looks somewhat dull next to the Civic's compellingly curvy body lines and angled front end.

While the Toyota Corolla wins on the strength of its safety and comfort but falls short on enjoyment, the Mazda3 is the polar opposite. Mazda's quirky compact scores well in safety ratings, but it lacks the advanced safety and driver assist features that come standard on the Honda Civic. Only the highest trim levels offer these features, making the Mazda3 less appealing if you're a family-oriented driver. With an MSRP starts at just $17,845, it offers a strong infotainment package at a lower price point but the absence of Apple CarPlay or Android Auto compatibility may be a deal breaker for some people.

Where the Mazda3 really shines is on the open road. Its engine options can't quite match the power of the Civic's turbocharged performance trims, but it nonetheless boasts perhaps the most fun and compelling driving experience in its class. Powered by all-new standard G-Vectoring Control technology, the Mazda3 handles like a well-tuned sports car. Combined with perky acceleration and a well-designed cockpit, it pushes all the right buttons when it comes to performance. Be aware, however, that its performance comes at some cost to fuel economy. The Mazda3 musters up a best of 28 mpg city and 37 highway compared to the Civic's best numbers of 32 mpg city and 42 highway.

Comparing the Chevy Cruze and the Honda Civic is essentially an exercise in options. Specifically, your preference may depend heavily on the features you're looking for in a car. The Cruze offers good value at its base trim, sporting an excellent 7.0-inch touchscreen infotainment system, built-in wireless internet, a rearview camera and Apple CarPlay and Android Auto integration as standard features, and you get all these features for an MSRP of $16,975. However, many of the Cruze's advanced safety features are only available as options on its considerably costlier LTZ trim. This makes it a questionable value pick considering the Civic's Honda Sensing safety features can be had at any trim level for just $1,000 extra.

The Cruze is also less than competitive when it comes to performance. While it's competent and comfortable, Chevy's staid compact lacks the enjoyment and verve of the Civic. There's not much to dislike in the Cruze's offering, but unless you're in need of standard entertainment features at a budget price, you're also unlikely to find it as exciting and compelling as the Honda Civic.

Though it offers strong performance, the Civic doesn't skimp on fuel economy to get there. With the standard 2.0-liter engine and CVT transmission, the sedan posts a very respectable combined fuel economy of 34 mpg. A manual transmission drops that number slightly to 32 combined mpg. The more powerful 1.5-liter turbo engine manages even better combined fuel economy, with 35 mpg regardless of your transmission choice. The higher-tier Civic Si comes in at a combined 32 mpg while the high-performance Civic Type R offers 25 mpg.

The 2017 Honda Civic isn't perfect, but there's a lot to like no matter what you seek in a car. Performance, safety and entertainment options abound, and the Civic is as affordable and reliable as ever. After more than three decades on the market, the Honda compact remains one of the most popular and best-loved cars around. 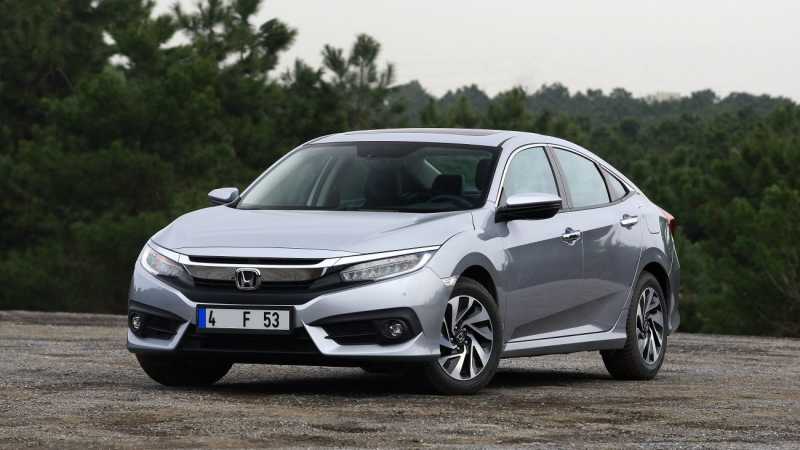