Mid-sized cars tend to favor practicality over all else. This segment tends to produce vehicles without personalities, draped in neutral colors. The mid-size segment is among the most competitive marketplaces in the world, regardless of industry, which is why it's surprising the cars tend to be so bland.

A decade ago, Kia Motors would have gladly accepted an adjective like bland as opposed to the adjectives they typically received. 10 years is a long time though, and fortunes can (and have) changed dramatically. In 2002, Volkswagen was a leader in environmentally friendly vehicles and Kia was notable for building clown cars.

With an MSRP range of $22,200 up to a fully loaded $36,985, the 2017 Optima offers prospective drivers with a wide selection. The Optima provides strong reliability ratings, excellent safety ratings and one of the best warranties in the business. The 2017 Optima provides a brilliant blend of utility, performance, and value.

The Optima is additionally offered in a few different configurations, including a Sportwagon trim and a GT Optima option.

Of course, if the car is junk, all the additional options would be utterly meaningless. However, the Kia Optima is assuredly not junk and its performance ratings demonstrate that neatly. The Optima has received a plenty of praise for its responsive handling and strong acceleration.

Car and Driver listed the 2017 Kia Optima as an Editor’s Choice. For those who are unfamiliar with Car and Driver, C&D tends to focus more on how enjoyable a car is to drive, from a purist’s perspective, as opposed to practicality or utility. That should speak volumes for the Optima's performance, and the cars utility is undisputed.

Modern cars are held to a much higher standard than they used to be. In terms of safety, seat-belts and strong brakes are no longer enough to impress the modern car buyer, nor should they be.

In terms of safety, the Optima has every available feature imaginable.

The 2017 Optima comes with the following standard features:

Most of the safety options are available across trim lines as add-ons.

The only safety features not offered to lower trims are:

The 2017 Optima is not lacking in entertainment features, either. All Optima trims include a touch-screen and infotainment system. Four trims have a 7" touch screen either standard or optional; the highest trim SX Limited has a standard 8" touch-screen. All trims have Android and Apple integration available with Bluetooth wireless available.

All trim levels have audio, infotainment, and Bluetooth phone connectivity via steering wheel controls. Premium audio is available in the three highest trim levels. The Optima also offers USB and 12-Volt jacks and an auxiliary in across all trim levels, with more USB integration available at higher trim levels.

The exact fuel efficiency of the Kia Optima depends on which specific engine has been selected for the vehicle, as well which body type is being used, as well. The Sportwagon has more weight, and therefore less fuel efficiency, but those ratings are not yet available.

The 2017 Optima has good fuel efficiency across the trim and engine lines. Even the performance turbo engine has better fuel efficiency than some of its competition with similar horsepower and torque ratings.

How Does the Optima Stack Up?

As already stated, the mid-size car segment is among the most competitive markets in any industry on the planet. Every car company is trying to elbow their way into this lucrative area and many are willing to go the extra mile to woo customers.

Despite the stiff competition, the Kia Optima has earned a top spot for 2017. The Optima has been ranked up among the heavyweights, including the Toyota Camry, Honda Accord, and Mazda 6, which has long been a favorite of enthusiast magazines like Car and Driver and Auto Week.

In short, the Kia Optima competes with its segment in every category. It's well rated and well-reviewed, and there are no vehicles outside the luxury car market that can match its features and options.

Here are a list of the pros and cons of the 2017 Kia Optima.

The 2017 Kia Optima is a strong contender for the best mid-size sedan of the year. With strong performance, a comfortable interior, and generally positive reviews, there is very little to find fault with this entry.

While the Kia Optima does not excel in any particular regard, the sum of its parts puts it on par with any of its competitors.

Not only is the Kia Optima is likely the best value in the whole segment, it's also fun to drive and backed up with great reliability and the best warranty in the industry.

In short, the 2017 Kia Optima is an excellent car. 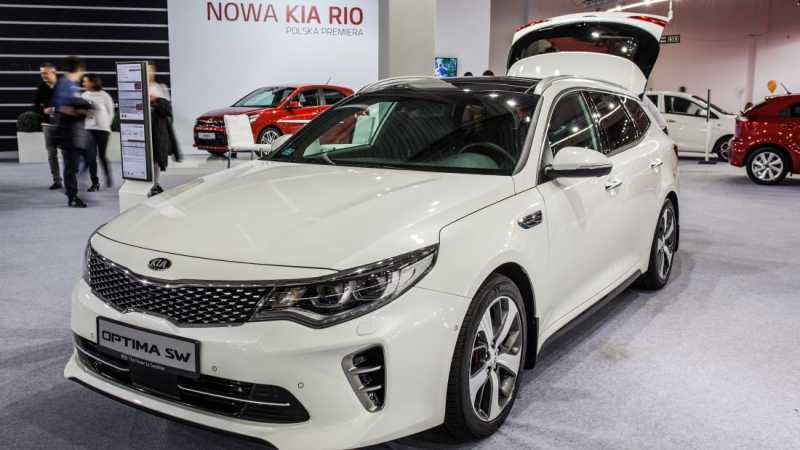