Inside the 2017 Nissan Altima

Having a lineup of eight models, the 2017 Nissan Altima is a mid-size sedan that offers solid performance and premium amenities at affordable prices. Cayenne Red, Deep Blue Pearl, and Storm Blue are some of the attractive paint options for this model. A rear black spoiler and 18-inch black alloy wheels are some cool accessories that decorate the unique SR Midnight Edition.

Under the hood, the Nissan Altima offers a four-cylinder engine or a V6 engine, both paired with the patented Xtronic CVT. The Active Understeer Control and ZF Sachs shock absorbers boost the handling of the sporty sedan. Aerodynamic performance is also improved in models that have the Active Grille Shutters.

Protected by the Intelligent Safety Shield, the Altima leads its class in active safety technology. This signature suite includes the Forward Emergency Braking and Predictive Forward Collision Warning. Additionally, the car offers plenty of other reliable safety amenities such as six air bags and a system that monitors the gauge pressure of each tire.

Every Nissan Altima that carries the 2.5 badge is equipped with the QR25DE I-4 engine that produces up to 179 horsepower and 177 pound-feet of torque. Installed in the 3.5 SR and 3.5 SL trims, the VQ35DE V6 engine generates a maximum of 270 hp at 6,400 RPM and 251 lb-ft of torque when the tachometer reaches 4,400 RPM. A variable induction system initiates the combustion cycle in both engine blocks. A drive-by-wire throttle system with electronic controls also manages the initial phases of combustion.

Standard in the Nissan Altima, the patented Xtronic CVT (Continuously Variable Transmission) system works in sync with a conventional front-wheel drive. Unlike automatic or manual transmissions, the Xtronic CVT comes with virtually no limit on gear ratios. Available in some trims, the manual shift mode can be used to precisely define the gear combinations. Paddle shifters control this advanced mode that lets you customize the powertrain according to driving conditions.

Equipped with the Active Understeer Control, this Nissan sedan has impressive cornering capabilities even on slippery roads. An electronic hydraulic power-assisted steering system also makes it easy to handle the Altima on any track. The ZF Sachs shock absorbers keep the vehicle's chassis stable at fast speeds. Designed for even better handling during quick acceleration, a sport-tuned suspension system may be installed in some models. A multi-link independent rear suspension is another high-performance installation in the Altima.

Based on EPA analysis, the Nissan Altima 2.5 trims offer a fuel economy of up to 39 MPG on the highway and 27 MPG in the city. Such impressive ratings can be attributed to the Continuously Variable Valve Timing Control System (CVTCS) that's active during the intake and exhaust phases. Additionally, the Active Grille Shutters highlight the aerodynamic design of the 2.5 models. These shutters automatically open or close to minimize aerodynamic drag.

Rated at 37 MPG on the highway and 26 MPG in the city, the SR Midnight Edition is quite efficient for its sporty design. The 3.5 editions get 32 MPG on the highway and 22 MPG in urban areas. In the V6 engine, the CVTCS technology only controls the intake phase, so there is a slight decrease in fuel economy compared to the four-cylinder engine. Keep in mind that there aren't too many V6 gas engines that offer more than 30 MPG on the highway.

Available in the Nissan Altima 2.5 SV and above trims, the NissanConnect infotainment system offers access to many great applications. This signature multimedia console includes a 7-inch color monitor that's controlled by buttons rather than a touch-screen interface. The GPS navigation software is synced with Google technology to help you find directions to a given destination. SiriusXM Traffic and Travel Link feeds are also delivered to the navigation system.

The NissanConnect portal includes several premium music channels such as iHeartRadio, Pandora Internet Radio and SiriusXM Satellite Radio. Installed in the 2.5 SL and above editions, the nine-speaker Bose sound system offers rich audio quality. Facebook and Twitter are some other popular apps that are easily accessible in the NissanConnect suite.

Integrated into the instrument cluster, the Advanced Drive-Assist Display keeps you informed of important information in real time. Turn-by-turn directions, caller ID, individual tire pressure and music settings are shown in this adjustable digital display. With a touch of some buttons on the steering wheel, you can easily toggle through the virtual menus. Having an analog design, the Fine Vision electroluminescent gauges include the tachometer, speedometer and odometer.

Available in the Nissan Altima 2.5 SL and above trims, the Intelligent Safety Shield significantly decreases the risk of accidents. Using radar sensors to scan for vehicles ahead of you, the Predictive Forward Collision Warning immediately alerts you when a front crash is imminent. The Forward Emergency Braking might automatically come on if you don't slow down to avoid a crash.

When you shift the Altima into reverse mode, the Rear Cross Traffic Alert turns on. Additionally, the signature RearView Monitor shows a wide-angle perspective of what's directly behind you. This display includes virtual green, red and yellow lines that help you align the car with sidewalks, lanes and other markings on the road. Another accident-avoidance feature in this Nissan sedan is the Blind Spot Warning, which detects other vehicles that you might not notice approaching from the side.

In addition to offering modern accident-prevention technology, the Altima has the following safety features:

The Nissan Altima faces some stiff competition from other Japanese-made sedans, such as the Toyota Camry. In terms of capabilities, the Camry's 2.5 L and 3.5 L engines are very similar to the Altima's engines. However, this mid-size Toyota sedan is available with a hybrid powertrain that's powered by the Synergy Drive technology. The Camry's 7-inch Entune touch screen is also easier to navigate than the Altima's 7-inch NissanConnect monitor. In the active safety category, Nissan's Intelligent Safety Shield technology is more sophisticated than anything that's available in the Camry, which isn't equipped with the Toyota Safety Sense suite.

Offering two engines that are driven by the i-VTEC technology, the Honda Accord is a sedan that can also be fairly compared with the Nissan Altima. Despite having the Sport Mode, the Accord's traditional Continuously Variable Transmission isn't quite as dynamic as the Xtronic CVT. However, the signature Honda Sensing technology closely matches the features that are included in Nissan's Intelligent Safety Shield package. Similar to the Altima, most of the Accord trims are priced under $30,000. 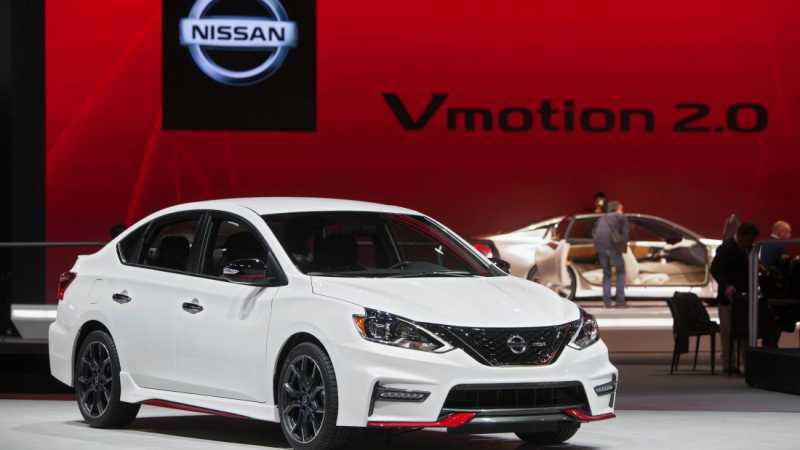