Inside the 2017 Toyota Corolla

None of the cars in this compact sedan is as well-known as the Toyota Corolla. Scroll below to learn more about the Corolla’s basic makeup and defining characteristics:

The 2017 Toyota Corolla is produced in a wide range of trims: the L, the LE, the LE Eco, the XLE, the SE, the SE 50th Anniversary edition, and the XSE. Prices go up by about $1,300 on the 2017 Toyota Corolla, with the Manufacturer's Suggested Retail Price (MSRP) for the Corolla L set at about $19,400. A fully loaded 2017 Corolla XSE will set you back about $24,000. All Corollas are very competitively priced and offer a good bargain to buyers.

The 2017 Toyota Corolla offers two versions of an inline-4 that prioritize frugality over fun. All trims, except the LE Eco, utilize a 1.8-liter four-cylinder engine that makes 132 horsepower @6,000 rpm and 128 lb-ft of torque @4,400 rpm. Most of the models with this engine come with a continuously variable transmission (CVT) that is tuned to provide an almost linear feel during acceleration. It also minimizes the "drone" that is produced by most CVTs in cars from this class. Higher trims in the Toyota Corolla line-up benefit from a CVT tuned to mimic a 7-speed automatic transmission, complete with shift paddles. The base SE model can be optioned with a 6-speed manual transmission.

The LE Eco receives a more potent version of the 1.8-liter four-cylinder engine to return 140 horsepower @6,100 rpm and 126 lb-ft of torque @4,000 rpm. The LE Eco is equipped with Toyota's patented variable valve timing, the "Valvematic." This sophisticated valvetrain improves efficiency.

A Corolla LE Eco made it from zero to 60 mph in 9.2 seconds during Edmund's performance testing.
Like most of its competitors, the Corolla's handling is not playful. However, we do not dare call it lifeless since it performs quite well on twisty roads. This sedan is designed for no-hassle commuting comfort, and that is what it provides. It drives as impressively as any good compact car ought to and offers a very compliant ride.

All 2017 Toyota Corollas are meant to be as safe as possible and offer more safety equipment than their competitors. Standard safety gear includes antilock brakes, a rearview camera, and stability and traction control. The airbag system comprises the side curtain, front side, driver knee, and passenger seat cushion airbags.

A 2017 Corolla LE Eco with rear drum brakes came to a complete halt from 60 mph in 130 feet. The SE and XSE trims have rear discs instead and are expected to reduce that distance considerably.

The latest Toyota Corolla earned a top overall rating of five out of five stars. That includes five stars for both side and front impact protection. The Insurance Institute for Highway Safety granted it a top rating of Good in the side-impact, moderate-overlap front-impact, head restraint, and roof strength tests.

Although the 2017 Toyota Corolla's infotainment system can be termed as average, it is among the best in its class. The L, LE, and LE Eco models are furnished with an Entune system that incorporates a 6.1-inch touchscreen interface with voice controls, a six-speaker audio system, a CD player, a USB port, and an auxiliary audio jack. It also includes Bluetooth connectivity, and iPhone users get Siri Eyes Free voice control system.

Upgrading to the SE, XLE, and XSE models warrants an ascent to the Entune Audio Plus audio system that adds satellite and HD radio, a 7-inch touchscreen display, and an app-based navigation system (Scout GPS Link).

Both the XLE and the XSE can be optioned with the Entune Premium Audio system with all the features on the Entune App Suite and an integrated navigation system.

The Toyota Corolla falls behind the Honda Civic on most measures, but it thrives in some respects, especially cost to own. The Honda Civic performs better than most vehicles in its class by handling more athletically and more precisely that the Corolla. However, the Toyota offers a better resale value and cheaper spare parts. The base Civic costs about $1,000 more than the Corolla L, but it gives better bang for the buck.

The Toyota Corolla may be a little bit more expensive that the Hyundai Elantra but it features more standard equipment than the Elantra. That said, the Elantra may be appealing if you like its completely modern design. Additionally, the Elantra's interior looks and feels more upscale and can be optioned with heated rear seats and leather upholstery.

The Toyota Corolla is also rivaled by its sibling, the Toyota Camry. The Camry comes with features almost identical to the Corolla's, but being a midsize sedan, it costs about $4,500 more. If you can dig deeper into your pockets, you get better performance, more room, and a plethora of nice-to-have extras. 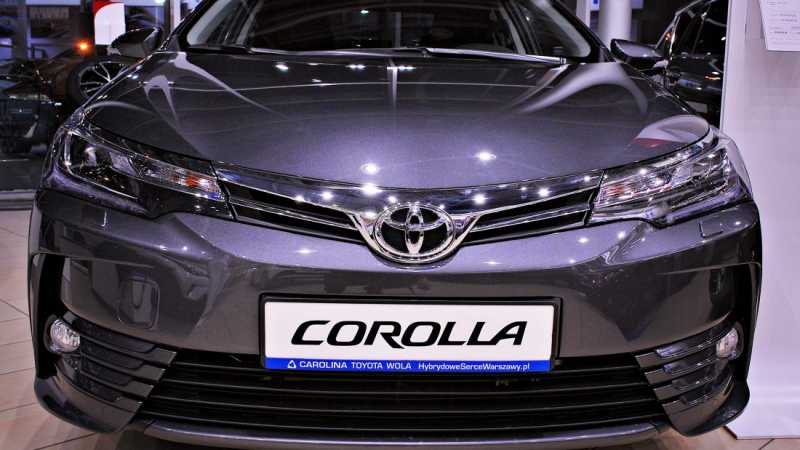