Inside the All-New 2018 Chevy Equinox

Though we won't see the 2018 Chevy Equinox on the market for a few more months, Chevrolet is already giving us enough to look forward to it.

With crisp new lines, an array of safety features, and an impressive amount of power under the hood, Chevy's competitors are going to have a hard time putting the Equinox down. That, of course, isn't to say that this little SUV crossover won't have its own drawbacks, as any model does. Chevy is working hard to eliminate them, and they are getting closer and closer each year. Let's look at what we know so far!

The 2018 Chevy Equinox comes with a lot of the same bells and whistles as its 2017 model, as confirmed by Chevrolet when the vehicle was announced a few short months ago, but with a few twists. They are upping their "standard" features by a long stretch when compared to the rest of their competition.

One of the greatest improvements over the 2017 model is the inclusion of an overhead cargo rack on all models as a standard feature. Though, admittedly, the 2018 will lose a bit of trunk space when compared to the 2017 model, the overhead rack helps make up for it when hauling especially large items. It also makes an excellent tie down hook for things like Christmas trees that you may not want in your brand-new ride.

Chevy promises a plethora of upgrades available, though surprisingly most will be featured on the exterior. With large wheels, all-terrain tires, and extra bright fog lights hitting the top of the list, it’s a little strange that most of these changes are not tech based. Surely, the competition is worrying itself over sparkly things for the interior of their vehicles. So why isn't Chevy following the rest of the crowd and tempting its consumers with fancy tech in the Equinox?

It seems that Chevy wants to concentrate on making these sorts of items included in even the most basic packages instead. While the Equinox will have typical internal upgrades like better radios and speaker systems, again, Chevy's concentration seems to be more on handling and the external appearance. Whether this will pay off remains to be seen, but it is nice to have someone doing something different in this category.

With gas prices on the rise again, fuel efficiency is king. Usually this means that SUVs and their crossover friends are on the lower end of the scale, sometimes suffering their sales for it. Not this time.

In 2018, the Equinox is introducing a diesel based power train that is capable of getting up to 40 miles per gallon on the highway. For a vehicle of this size, that is an enormous capacity. Gas operated Equinoxes will lag slightly behind this at around 32 miles per gallon highway.

There is quite a lot of debate on clean burning fuels with typical gasoline vs diesel. We won't get into that here since there is so much coverage available, but reading up on it may impact your choice in gas vs diesel at the dealership. Obviously, Chevy believes that a diesel engine in a modern SUV will sell. We'll see if they're right in a few months.

As modern vehicles continue their steady march toward autonomous driving, we are seeing more and more vehicles on the market with various blind spot sensors. The 2018 Equinox is no different, and should law makers decide on insurance regulations for autonomous vehicles there is little doubt that we will see an upgrade available for it on this model. Chevy isn't willing to offer up too much information on that yet, but we’re confident their decision will hinge on what lawmakers decide in the coming months.

Once of the nicest features Chevy is offering on the Equinox is Teen Driving Detection. This allows parents to open a report card that tracks where the vehicle has been, how fast it has been driven, and several other pertinent details. And what parent doesn't love an additional way to make sure their kids are safe on the road? Early reports state that this feature may be able to link to your mobile OnStar account for active monitoring as teens drive, but Chevy has only mentioned that they are attempting to develop this. In other words, no guarantees yet.

Chevy also intends to release the Equinox with a number of monitoring systems. Rear back up cams, front collision cam, safety seating that vibrates if the vehicle encounters something dangerous, and more will be coming as standard options for even the most basic models. Though this does raise the price tag by a small amount, it is inevitably cheaper than most of the competition due to their optional add-ons.

The Equinox vs the Competition

The Equinox ranks right up there with other small SUVs and crossovers like the Toyota Rav4. When looking at the competition, it's hard to be negative about the Equinox. If anything, it matches or surpasses it's domestic and foreign friends comfortably. It may just not have enough technology upgrades for those looking for a "blinged out" interior, but there's has always been a thriving aftermarket for those folks.

Ultimately, the worst strike against the Equinox is in trunk and cargo space. Seats will be able to be folded flat, but, as usual, with increased fuel economy comes less vehicle overall. The trunk will not be impossibly small, but you may find yourself frowning if hauling anything over 4 feet in length. While you can slide skis or bicycles into the overhead rack area, it will likely be difficult for weekend warriors to haul lumber for a new deck with this vehicle.

But for the average 9 to 5 vehicle, the Equinox easily fits with the rest of the crowd and stands out due to its diesel fuel economy. Along with the teen driving report card, so many standard safety features and Chevy's careful attempt to make the Equinox downright fun to drive, we will likely see it toward the top of sales charts next year.

We mentioned trunk space in the last section, but there are a few other drawbacks unfortunately. Most of them are simply inconsequential things such as a lower standard array of colors than the competition, or the price of the diesel upgrade.

Will these chase away consumers? We doubt it. The 2018 Equinox has been designed to conquer its peers and certainly looks like it will do so. Though the exterior and interior are not some sort of awe-inspiring revamp, the Equinox still has style.

Consumers looking for a sturdy small SUV or crossover that will take the kids to school, pick up the dog from the vet, grab the groceries, and have no trouble taking the family camping will find the 2018 Equinox a treat. While that isn't for everyone, that's who Chevy is targeting with this vehicle and sales of this model show that it has worked well in the past for them. 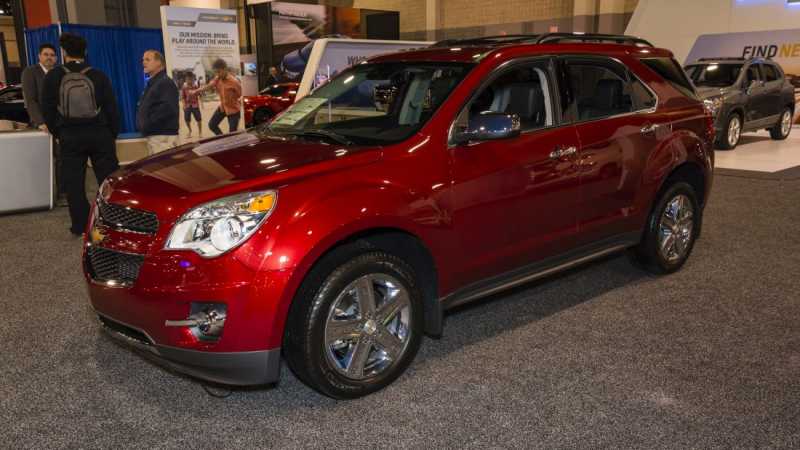