First introduced in May 1975, the BMW 3 Series is a sedan that's persisted through constant innovation and yearly improvements. It's won a wide variety of awards and featured on many best car lists.

Although the introduction of the 4 Series in 2013 reduced the available body types to a simple compact executive car, the 2020 BMW 3 Series is one of the best sedans of the 2020 model year.

The 2020 BMW 3 Series is a sedan that's tailored towards performance. As such, the standard 330i carries a two-liter Twin-Power Turbo with four cylinders, which boasts a formidable 255 horsepower under the hood. The eight-speed automatic transmission comes with standard wheel-mounted shifters to decrease the amount of time you spend taking your eyes off the road. There's also an automatic start-stop feature that only creates more convenience for the driver. Plus, the 330i is designed for rear-wheel drive.

The major difference between the 330i and 330i xDrive comes from direct-engine fuel injection. Additionally, it uses the intelligent all-wheel drive to create a smoother, more luxurious ride. Dynamic Stability Control reduces the chance of tipping or rolling, while Dynamic Traction Control ensures that you won't be left without options if the roads are icy or treacherous.

If you find the horsepower yielded by the 330i to be only adequate, you can upgrade to the M340i for even more power. This upgrade swaps out the basic engine for a three-liter Twin-Power Turbo with six cylinders and the same direct injection that makes the 330i xDrive stand out from the 330i. You'll find your horsepower vastly increased by this upgrade, stepping up to 382-horsepower. Like in the 330i, this powerful engine is mated to an eight-speed automatic transmission.

The M3401 xDrive uses the same powertrain but implements Dynamic Driving Controls to set your vehicle between several available driving modes. These modes can increase your comfort, improve your vehicle's sportiness, or decrease the amount of fuel you're burning with every bit of pressure on the gas pedal.

Often automotive manufacturers determine that fuel efficiency is less of a priority on expensive vehicles. After all, if you've paid for all the bells and whistles, surely you can fill your tank. That's a trend that BMW decided to shirk for the 2020 year instead tailoring the 3 Series for an impressive level of efficiency.

The M340i, by contrast, gets less than both. 22 mpg in the city and 30 on the highway make it the least efficient of the 3 Series' offerings. Although statistics aren't available for the M340i xDrive, we can assume the drop in mileage is similar to the cheaper models.

All models of the BMW 3 Series use similar exterior styling. While there isn't much you can do to revolutionize the classic sedan body, they've improved the design with modern features like power-folding mirrors. The M340i offers several more standard exterior features than the 330i line, including LED headlights specially tailored for going around corners without blinding your fellow drivers and an Aerodynamic Kit that keeps your vehicle moving fast without any pesky air resistance.

The 330i and 330i xDrive's interiors are equipped with mid-grade upholstery and wood trim designed to mimic brown-grey ash. There isn't much in the way of standard features for these two models, as features like power-adjustable seating will require you to spend a little extra money to add them to your 330i cabin.

The M340i, by contrast, is positively loaded with standard cabin features. The wood trim on the lower models is replaced with an Aluminum Tetragon Interior trim. Plus, the 14-way power-adjustable front seats are designed to support every part of your spine to create a comfortable ride unmatched by BMW's competitors. In addition to these features, the rear seats in the M340i fold down so you can access your trunk from the front seat.

Although the crash test information for the 2020 BMW 3 Series has not yet become available, speculation based on the 2019 statistics concurs that the 2020 model should be a reasonably safe car. In 2019, the Insurance Institute for Highway Safety gave the 3 Series their Top Safety Pick+ award, determining that it was one of the safest four-door sedans on the road.

The 2020 3 Series comes standard with a suite of safety features bundled in the Connected Package Plus. This bundle gives you active traffic monitoring capabilities and remote access features like Stolen Vehicle Recovery. Standard features like the Active Protection System make your ride even safer by tightening seatbelts and closing your windows when it detects an incoming crash. You'll also benefit from a system that automatically partitions all your fuel lines and batteries in the event of a crash, reducing the chance of fire significantly.

Infotainment is another area where the 3 Series shines. The cabin is tailored to the driver's comfort with standard features like the Live Cockpit Plus system. This multi-feature system combines everything you could need from your car into one digital array with built-in navigation, Bluetooth capabilities and a pair of USB ports for charging your phones or connecting other devices to the car's on-board computer. Moreover, the standard center screen on the 330i is 8.8 inches across, which is larger than many competitors' standard offerings.

The cultural staying power of the 3 Series cannot be understated. 2020 is another season where this classic sedan truly distinguishes itself from the competition.

If you are interested in the 2020 BMW 3 Series, contact a local dealership today and find the pricing and features that suit your tastes. 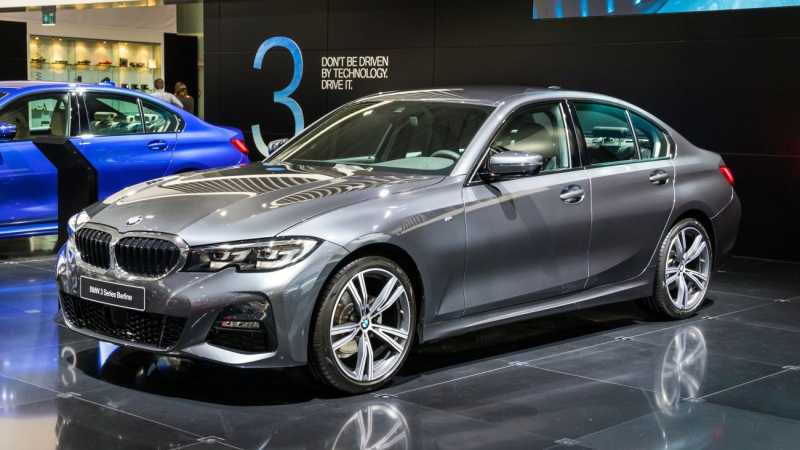