Inside the New Buick Enclave 2016

The 2016 Buick Enclave is an interesting vehicle for a number of reasons.

People who are looking at mid-sized SUV's are usually looking for a vehicle that can perform a number of tasks. From transporting a number of people in relative comfort to storing or transporting cargo, SUV's are expected to be competent in a variety of different ways.

The 2016 Buick Enclave is Buick's mid-sized SUV. It offers three rows of seating, a number of tech and safety features. The Enclave is an SUV that focuses more on comfort and ride quality than raw performance. Upscale yet moderately affordable, the Enclave is an interesting vehicle that does not quite rise to the level of a 'luxury' SUV, but is still too nicely built to be lumped in with the 'standard' vehicles of the mid-sized SUV class.

An Overview of the 2016 Buick Enclave

The 2016 Enclave is a big vehicle, weighing in at 4,922lbs. At 70 inches tall and 200 inches long, it can comfortably seat 7 passengers. With all three rows of seats occupied, it has about 23 cubic inches of cargo storage; close to 70 inches of storage with only two rows occupied and a full 115 inches of cargo if all three seating rows are unoccupied.

The Enclave comes with a number of technology features across trims, including a backup camera, universal home remote, the Buick IntelliLink inter-connectivity platform and a rear power liftgate. The Buick might be short on unique features, but it certainly well equipped, even at the lowest package level.

The lowest Enclave 'group' has an MSRP of $39,990, with the highest 'Premium' group's price escalating to $49,625. There is an intermediate 'Leather' group that upgrades the vehicle to a leather interior and adds a few automated driver aids and safety features for $44,585.

The 2016 Enclave offers a number of standard or optional features that many other car companies either don't offer, or offer at marked up prices. The 2016 Enclave comes with a number of optional safety features such as lane departure warning, forward collision warning, blind-spot monitoring, stability and traction control; if there's a feature on the market, the Enclave has it.

The Enclave not only comes with exceptional safety features, it also comes with a number of infotainment options to make the ride as pleasant as possible. The IntelliLink system provides the most user-friendly and information options available on the market, giving drivers total control without taking their hands off of the steering wheel.

On top of that, every Enclave comes with a standard 3.6L engine that produces 288hp.

How Does the Enclave Compare to the Competition?

This is the most interesting aspect of the Buick brand, in general. In sporting terms, the Buick is something of a 'tweener' - not upscale enough to be a true luxury brand while being too upscale to be a standard car brand. Across its platform of vehicle offerings, the Buick is too nice to be compared to Toyota/Nissan/Ford, but not nice enough to truly compete with BMW/Lexus/Jaguar.

The 'near luxury' space is fairly limited, with only Acura and Lincoln truly occupying a similar niche. Compared to Acura's mid-sized MDX, the Enclave is cheaper but less performance oriented. Compared to the Lincoln MKX, the Buick Enclave has a nicer fit and feel, better technology features and comparable fuel economy, but lower engine production numbers.

Compared to vehicles like Toyota Highlander or Mazda CX-9, the Enclave is far more upscale with a generous, supple ride quality. Like many other Buick products, the Enclave offers a far smoother and more comfortable ride than its competitors, with competent, albeit unexciting, performance. Compared to vehicles like the BMW X5 and Audi Q7, however, its performance is lacking and 'upscale' interior lacks the fit and finish of its more prestigious rivals.

In the Mid-Size SUV category, the Enclave is a middle-ground; far more luxurious than its standard competitors, while offering a much lower starting price than its luxury competitors.

In terms of fuel economy, the Enclave offers a comparable 15mpg city and 22mpg highway estimate, which is fairly in line with many of other larger SUV's in the 'mid-size' category. Unfortunately, the mid-size SUV class is not notable for fuel efficiency. Outside of hybrid vehicles in this class, 15-20mpg for city and 22-27mpg for highway driving is roughly even. The Enclave is on the lower end of fuel efficiency, but not in a notable manner.

Pros and Cons of the 2016 Buick Enclave

So what are the pros and cons of the 2016 Buick Enclave?

As mentioned, Buick exists in an interesting space of 'near' luxury; the Enclave is no exception.

For those with the means to afford true luxury, the Enclave is likely a poor substitute for higher priced but more well-apportioned alternatives. For the other 99% of society, the 2016 Enclave is a strong 'value' choice for those looking for an upscale mid-sized SUV without having to sell a couple of kidneys to afford their SUV of choice. 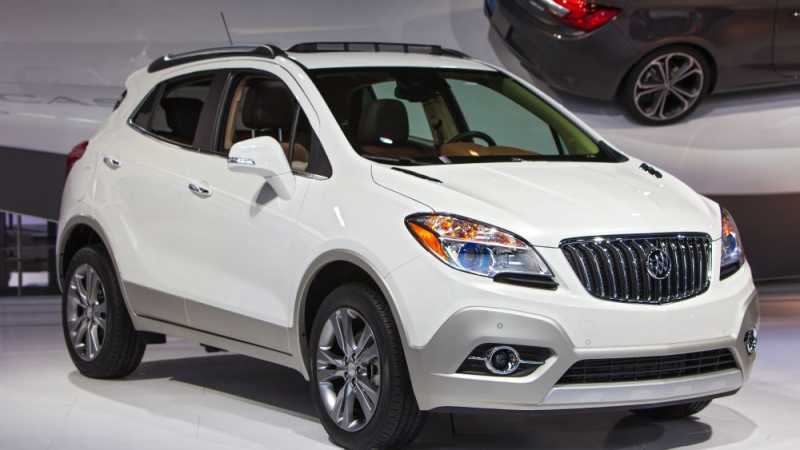