Inside the New Buick Encore 2016

Subcompact SUVs are a relatively new class of vehicle that bridges the gap between a wagon and a small crossover SUV. These vehicles combine the fuel economy, sporty handling, and great value of a compact car with the cargo space and passenger room of an SUV.

The new 2016 Buick Encore is one of the highest-rated subcompact SUVs, and was awarded Best Compact Crossover/SUV in Kelley Blue Book’s 2015 5-Year Cost to Own Awards. For 2016, the Encore boasts a new Sport Touring Trim level and new exterior finish options, and has a MSRP of $24,065 - $31,285.

While the 2016 Encore has many exceptional reasons to buy, performance isn't its strong suit. Most trim levels come with a turbocharged 1.4-liter four-cylinder engine that produces 138 horsepower. If you opt for the Sport Touring trim, you'll enjoy a slightly more powerful 153-horsepower motor.

What the Encore loses in speed and acceleration, however, it gains in fuel efficiency. The standard engine gets an EPA-estimated 28/34 city/highway miles per gallon. All trim levels have an automatic transmission and front wheel drive with optional all-wheel drive for a cost.

The most unique features of the Buick Encore are those integrated in its exceptionally high-quality, quiet, well-designed interior. While it's not the most spacious, it's one of the most well-equipped subcompact SUVs. The base model is packed with high-tech standard features like as Buick's IntelliLink infotainment system, Bluetooth, a USB port, and OnStar with 4G LTE and a built-in Wi-Fi hot spot, as well as a power-adjustable driver's seat.

Upgrades abound on higher trim levels, including features like power-adjustable passenger seat, leather upholstery, a seven-speaker Bose audio system, a sunroof, remote start, navigation, dual-zone automatic climate control, and heated front seats and steering wheel. Fans of the Encore's high-class cabin note that all tech features are intuitive and the controls are well-placed and look attractive and modern, especially when paired with the cockpit's wood and metal trim.

The Buick Encore 2016 is a smart bet for its luxurious, upscale interior compared to the competition, as well as its composed handling and high crash test scores. It's also a great value, with best in class reliability scores from J.D. Power and Associates.

Some rivals feature more passenger and cargo space than the Encore, while others may be more impressive in the performance realm. Some drivers may prefer a vehicle with more advanced safety features such as adaptive cruise control, automatic emergency braking, and lane keep assist which are not currently available on the 2016 Encore. 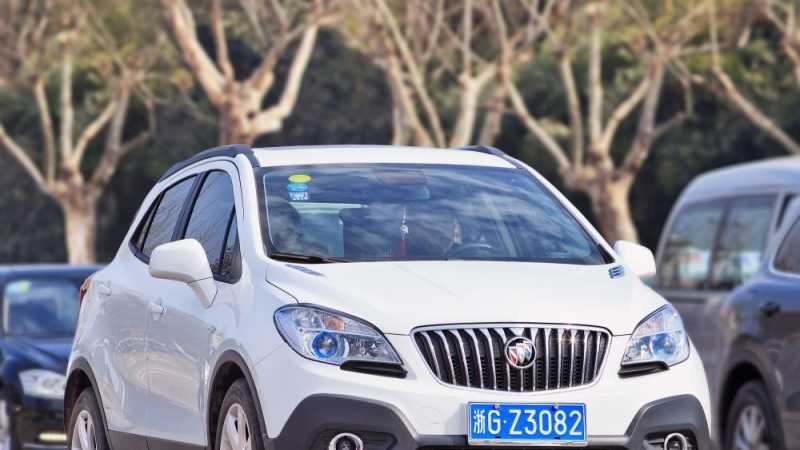