Whenever you see a “V” slapped on a Cadillac, it means that this one is fast. And the 2016 Cadillac CTS-V sedan is certainly no exception.

The 2016 CTS-V sedan packs a rear-wheel drive 6.2-liter supercharged V8 engine under its hood. It’s a retuned version of the same engine that’s found in the Chevrolet Corvette ZO6.

The engine produces 640 horsepower and 630 pound-feet of torque. The engine is paired to an eight-speed automatic transmission.

To aid in parking, there are front and rear parking sensors, front camera and rearview camera. While in traffic, the 2016 CTS-V sedan aides the driver with a forward collision alert system, blind-spot monitoring system, rear cross-traffic alert system and lane-departure warning and intervention system.

When it comes to keeping passengers entertained, the 2016 CTS-V sedan comes standard with a host of unique features. The CUE touchscreen system allows for operation of the sedan’s:

Buyers who cross shop the 2016 CTS-V sedan against the competition will discover that it has more horsepower than its competitors. This works to the Cadillac’s advantage.

The 2016 BMW M5 might be attracted to the BMW’s manual transmission, which is not offered in the Cadillac. However, the BMW M5 has less horsepower at 560. Also, rated at 560 horsepower is the 2016 Audi RS7.

In addition to no manual transmission option, the CTS-V sedan’s disadvantage is a lack of all-wheel drive which is available in both the AMG EG3 and RS7. And even though it’s luxurious, others in the class provide a more luxury-appointed package than the CTS-V sedan.

The CUE system is also slow to respond to commands. 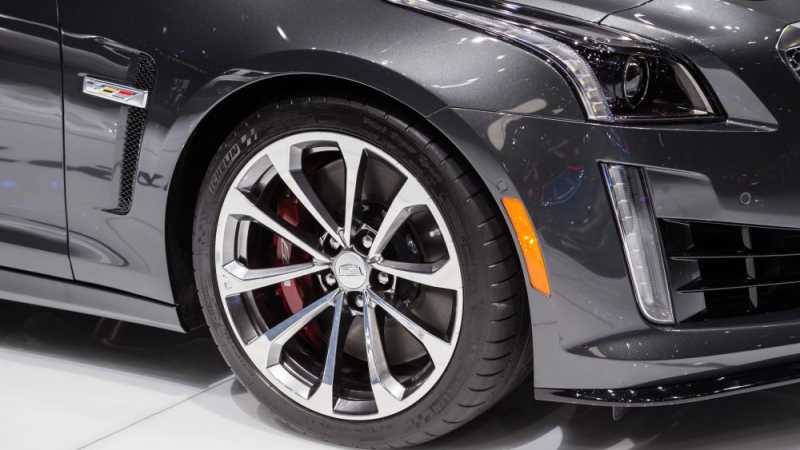