Inside the New Jeep Wrangler

The rugged 2016 Jeep Wrangler 4x4 compact SUV is built to go off road. With a heritage dating back to 1941, the Wrangler is best suited for drivers that plan to spend long hours driving in places regular SUVs can't manage. Four Wheeler Magazine ranked the Wrangler the 4x4 of the Decade.

The Wrangler features 11 models including the Sport, Sahara, Rubicon, Willys Wheeler, Black Bear, and Freedom Edition. MSRP starts at $23,895 for the base Sport model up to $37,995 for the least expensive Rubicon Hard Rock. Every model comes standard with 4-wheel drive and offers 56.5 cubic feet of storage behind the first-row seat and at least 41.3" of headroom for the driver. Every Wrangler comes with a three-year, 36,000-mile warranty and an additional five-year, 60,000 powertrain warranty.

With a 3.6-Liter V6 24-Valve VVT Engine across the line, the Wrangler is ready for off-road conditions. Six-speed manual transmission is standard, with an option of a five-speed automatic. The Command-Trac system allows the driver to switch between efficient two-wheel drive and the power of four-wheel drive.

All Wranglers have at least eight speakers and an audio jack to play music from your mobile device. Audio can be controlled from the steering wheel. Optional sound features include an Alpine Premium system, which has nine speakers, and SiriusXM Radio with a one-year subscription. Some models of the Wrangler offer USB charging, GPS navigation, a 6.5-inch touchscreen display, or a hard drive with 28 GB of available space.

The Wrangler has many unique features to set it off from the competition:

The Toyota 4Runner is larger than the Wrangler but offers off-road capabilities, with a similar mediocre performance on the highway. Land Rover, Lexus, and Mercedes-Benz also offer off-road SUVs, but with their luxury prices, the vehicles aren't really comparable. The Subaru Forester is a compact SUV that boasts four-wheel drive, but it's not considered an off-road vehicle.

Other compact SUVs at a similar price point to the Wrangler, but without off-road options, include the Mazda CR-V and CX-5, the Ford Escape, the Kia Sportage, and the GMC Terrain. These competing vehicles generally offer more luxury features inside and better handling on the highway. Jeep also has several other compact SUVs capable of driving off-road, including the Cherokee, Compass, and Patriot. The competing Jeep models offer more polished interiors and deliver better fuel efficiency than the Wrangler.

The Wrangler offers solid off-road performance and rugged options for weekend driving. This comes at a price, however, as some drivers report that the Wrangler is noisy and less comfortable than other SUVs. Other complaints are a slightly cramped and noisy interior. Safety features are lackluster for a modern vehicle, and the Wrangler's reliability isn't the best. Even if you need four-wheel drive or a vehicle to drive off-road, Jeep has several other options at comparable prices, so it's worth checking those out alongside the Wrangler. If you don't plan to drive away from established highways, many manufacturers offer compact SUV options with more comfort at a similar price. 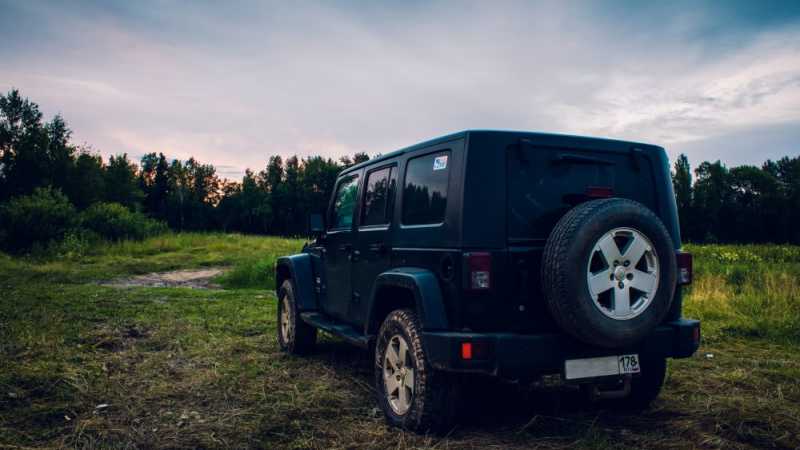