Inside the New Nissan Murano

When it comes to awards, the 2016 Nissan Murano has a shelf full of them. In fact, it started winning awards nonstop upon this generation’s introduction for the 2015 model year. The midsized SUV manages to do almost everything right. With competitive pricing and real value, the Murano is pushing the Grand Cherokee from its perch as the leading premium five-seat SUV.

The Murano is big enough for a family, but it has been styled to attract an adult clientele. Clever design tactics make the most out of every inch of available space, resulting in the social lounge atmosphere that Nissan touts. This careful engineering leaves more actual wiggle room as well as the feeling of spaciousness. Large windows add to the airy feeling even as they enhance the exterior design. A raked windshield leads the eye to the sleek roof line. The Murano has one of the most sophisticated looks among SUVs today.

When it comes to spaciousness, the Murano is in the middle of the five-seat pack. It is rated at 108 cu.ft. for passenger space. The Ford Edge offers 113 cu.ft. and the Grand Cherokee offers 105 cu.ft. The Murano’s cargo hold is 32 cu.ft., which seems plenty big, but there are rivals that can claim up to 39 cu.ft.

Compared to luxury SUVs, the Murano gives you more while asking for less. Touchable surfaces and other high quality materials line the cabin. Among the SUV's unique features, anti-fatigue seating is used for both rows. NASA research into weightlessness inspired these Nissan-exclusive zero gravity chairs. In addition to lots of dash tech, the cockpit has a color Advanced Drive-Assist Display nestled between the gauges.

In keeping with its premium attitude, the Murano adds more and more amenities as you climb the price ladder. Still, you are getting more for your money than if you were buying a luxury brand. Priced at $32,800, the SV is the Murano's value choice. The only problem is that you cannot add the special safety systems that won the Murano so much acclaim. The SV includes:

On the two higher editions, leathers are offered in cashmere, graphite, and mocha. The SL, which retails for $37,130 MSRP, adds adjustable ambient lighting, the AroundView monitor, and an 11-speaker Bose system. The Platinum, priced at $39,180, has ventilated front seats, rear heated seats, and a power-adjusting, heated steering wheel. These higher-priced editions allow you to add Nissan’s exclusive safety features, but this package is priced at $2,260.

When weighing the pros and cons, you’ll want to consider the balance between performance and fuel efficiency. The 2016 Nissan Murano V-6 generates 260 horsepower while the 2016 Grand Cherokee V-6 kicks out 295 horsepower. Unless you are a true driving enthusiast, this power difference may not be a deal breaker.

While the Murano earned only four stars from the National Highway Traffic Safety Administration, it does have a Top Safety Pick Plus designation from the Insurance Institute for Highway Safety. In addition to four cameras, the Around View monitor has moving object detection. This Nissan exclusive warns you if a dog or person walks into the SUV's path. Predictive forward collision warning has won numerous awards for its ability to see several car lengths ahead. To reduce stopping times, automatic braking has been added. Although the predictive safety features command a steep price, they are still less expensive than similar options on luxury SUVs.

If you value above-class style and quality, you'll definitely want to put the 2016 Nissan Murano on your test drive list. 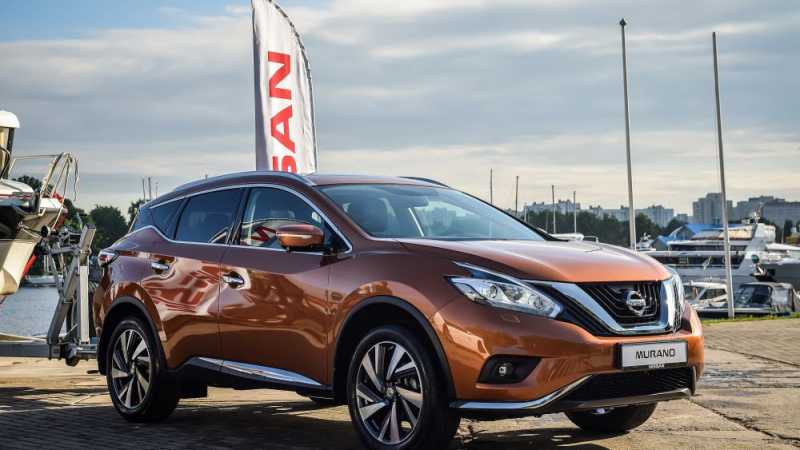