What Everyone Should Know About Irritable Bowel Syndrome

Whether you have it yourself or you have a friend or loved one who does, there are likely things you need to know about irritable bowel syndrome (IBS) that you may not have discovered yet. The name itself is quite revelatory.

The second word of IBS, "bowel," refers to the location of the problem. Your bowel is all the parts just beyond your stomach where your food travels through until it exits the body. Mostly, it refers to the small and large intestines. Everyone has had something irritate their bowels on occasion, whether it was a greasy meal or a virus.

The word "irritable" in IBS refers to bowels that are chronically irritated. The word "syndrome" means that no exact cause for the symptoms can be found to trace it to a specific disease process or pathology. That does not mean your symptoms are not real. It just means that unlike how science knows that flu symptoms are caused by influenza viral strains, IBS cannot be pinned down to a single definitive cause.

However, abdominal gas and cramping are the most common symptoms. If you have IBS, you are likely to have acute attacks of pain and a need to immediately use the toilet. Though IBS is chronic in that it keeps happening over time, the attacks are usually acute (sudden) and seem to come and go.

Science refers to having simultaneous chronic diseases as comorbidities. If you have IBS, you may also have other issues such as psychiatric ones involving anxiety or depression. It is not something to be ashamed of, and more people suffer from it than you are likely aware. IBS and its comorbidities are something many people suffer in silence.

You are also at greater risk for interstitial cystitis. For women, endometriosis is a common comorbidity. Hysterectomy surgery is also more common in women who have IBS. There is also evidence that more people have cholecystectomy (gallbladder removal) surgery if they have IBS.

You know that IBS is Irritable Bowel Syndrome. IBD is Inflammatory Bowel Disease. Crohn's disease and ulcerative colitis are two examples of bowel diseases. Those who have a diagnosis of an inflammatory type of bowel disease have been discovered to have symptoms similar to IBS when their chronic IBD is being controlled. The control of IBD can be seen using diagnostic tools that can see inflammation reduction in the bowel. Therefore, it is being suggested that IBS may actually be a low-grade form of IBD.

To help your doctor know exactly what the consistency of your fecal matter is during flareups of IBS, you should learn the Bristol Stool Scale. The scale offers images and descriptions of the types of stool that people have, from the hard lumpy kind to full watery diarrhea. The scale varies from very constipated to two levels of stool type that indicate inflammation. The scale has seven different types of stool examples. Bristol types 3 and 4 are considered normal stools.

Imaging using an MRI has shown that the ascending colons of IBS sufferers do not relax as much to make room for digesting food as they do in people with normal ascending colons. Fructose, a sugar found in fruits, has been investigated in healthy people and is now being looked at to see how it affects those with IBS. Researchers in Australia are looking at a protein in spider venom and how it is involved in pain signals that are similar to what IBS sufferers experience.

Alterations of the human gut microbiome are now being considered for its role in many health issues including IBS. It is already known that IBS sufferers tend to have excessive bacterial and fungal colonies as compared to healthy individuals. Researchers have also found a two-way link of communication through the vagus nerve where bacterial colonies in the gut can influence the brain. It has been known for a long time that your brain can influence your gut, and now the evidence is indicating your gut can influence your brain as well.

The antibiotic rifaximin, which is marketed under the brand name Xifaxin, was recently approved by the FDA to treat IBS-D. Alteration of your gut flora is suspected to be part of the cause of IBS. Antibiotics can alter your gut flora. Rifaximin is used to treat a condition known as traveler's diarrhea, and it has shown to give about 10 weeks of relief from IBS-D after a two-week treatment with the drug. If you have IBS-C, then physician-monitored use of laxatives, such as polyethelene glycol (brand name Miralax), are often recommended. However, you should never chronically use a laxative of any type without a physician's recommendation.

Dicyclomine (Brand name Bentyl) and some low-dose antidepressants may work as treatments to control IBS pain. Surgery is not an option for IBS, but lifestyle changes that include a reduction in stress and anxiety can bring about great relief. So, do not be averse to your doctor recommending an anti-anxiety or antidepressant type of medication to treat your IBS as there really is a brain/gut connection. Taking time to do some personal research in understanding your vagus nerve and the human microbiome (microbes in your gut) can help you along the way to reducing IBS flareups.

You need to know that you can have IBS and not fit neatly into any little box that perfectly describes what you are going through. However, it has been typical in research about the syndrome to find that you are about twice as likely to get IBS if you are a woman. Having issues with things such as anxiety or having a past that included a traumatic event is also likely. Stress is a huge factor in this syndrome. Having other blood relatives with IBS is also a risk factor. Certain food sensitivities are also associated.

There is no cure for IBS, but there are many things you can do to control the flareups. You probably already know your triggers. It could be a stressful day at work or indulging in a food you know upsets your digestive tract. Women may find their monthly menstrual cycles playing a role in their IBS symptoms.

Writing down your exact symptoms and suspected triggers can really help your doctor understand and treat it. A written journal of IBS facts can also help you understand your condition better. Recorded facts are much more reliable than relying on memory. Understanding that a combination of causal factors for your IBS exists helps you understand why your doctor may combine various therapies to help you manage your symptoms. 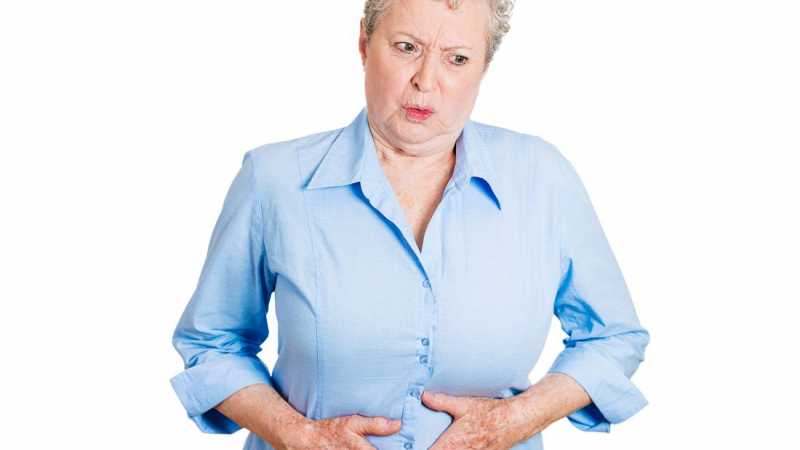