The 2016 Jeep lineup offers seven vehicles to choose from: The Grand Cherokee, Cherokee, Renegade, Wrangler Unlimited, Wrangler, Compass, and Patriot. If you’re into Jeeps, or just interested to learn more about them, there’s a price point and edition to fit most tastes.

As the largest and most expensive of the Jeep lineup, the Cherokee body style celebrates its 75th year of existence in 2016. This snazzy update includes an upgraded 3.6L Pentastar V-6 engine. Expect to enjoy fuel efficiency in the 22/30 MPG range on city and highway, depending upon your driving habits, of course.

Jeep bills the Grand Cherokee and Cherokee as a high-end luxury sedan experience that you can take off-road. The Grand Cherokee 75th Anniversary Edition starts at an MSRP around $35,000. Options include a two or four-wheel drive. Tow hooks, 7,400 lb towing capacity, and the Selec-Terrain Traction Management System are included.

For those who love the Jeep SUV offerings but don’t find it necessary to have all the unique features of the Grand version, you can get into essentially the same car - the Cherokee - for around $24,000.

The classic look of these two Jeep offerings goes back to 1941 as well, making this the 75th year of production. The Wrangler has been synonymous with off-roading ever since cars became a major part of the American experience, though this vehicle comes with a particular list of pros and cons. Early versions of the car were every bit the off-road beast they claimed to be, but made for a rough ride when it came to highway driving.

Jeep has tried to address these concerns over the years, and seems to be making progress. For example, though the 2016 Wrangler maintains a rugged off-road package of safety features that includes skid plates, winch-ready steel bumpers, side rock rails, and the Rock-Trac 4x4 system, new creature comforts have been added: heated, leather-trimmed front seats; nine-speaker audio system with an all-weather subwoofer; U-Connect Voice Command, and a more tricked out interior than usual.

As with the Grand Cherokee and Cherokee, the Wrangler Unlimited comes at a higher price point - starting at $27,695 - than the basic Wrangler, which is priced at $23,895. With 75 years of history behind it, a Jeep Wrangler of any kind has proven itself. You just have to decide how much the extra features are worth to you. There’s something about driving a car that’s ready to take off into the underbrush at a moment’s notice…

The 2016 Jeep Renegade is not quite the off-road beast as the Cherokee or Wrangler. It’s a little smaller, with a little less power and towing capacity. It’s probably not going to tame the wild outdoors as easily as its huskier compadres. It comes in physically smaller and at a lower price (MSRP of $17,995) than the others also.

With the Renegade, Jeep decided to focus extra attention on the interior. They must have done something right, having garnered acclaim as one of Ward’s Top Ten Vehicle Interiors in 2015. This year continues the effort with a highly-configurable interior that allows you to maximize passenger or cargo space. If you like the breeze in your face, or at least on top of your head, choose the optional dual-panel, removable, lockable sunroof.

This subcompact crossover, despite looking a bit like a little sister to other Jeep offerings, was rated best in its class for 4x4 capability. Both available systems offer a smooth transition between two-wheel drive and four-wheel drive. The Trailhawk edition earned a Trail Rated badge, which goes to vehicles that perform well under various road conditions.

The 2016 Jeep Compass is another entry in the subcompact crossover category. Expect 20-23 MPG in the city and 26-30 MPG on the highway. With seating for five, a four-cylinder engine, and front or four-wheel drive availability, the lower end Compass starts at $19,695. Pros include off-road capability, heated leather front seats, and a nifty six-speed automatic transmission. Cons would be the 2.0L engine is a little wimpy and might not get you out of tight spots in a hurry.

Some reviews - Cars.com in particular - complained that the interior was noisy at highway speed. This shouldn’t come as a huge surprise. The lower-priced model of most car manufacturers’ comes at a cost, and a quiet interior is often the first to go. If you like smaller cars but still want to be able to pull right down to the beach and not get stuck in the sand, the Compass might be the car for you.

The 2016 Jeep Patriot is the company’s entry into the SUV market at a lower price than vehicles like the Cherokee or Wrangler. As a relatively new Jeep, having debuted alongside the Compass in 2006, the Patriot offers excellent off-road experiences with the Freedom Drive II.

Don’t expect the interior to be as nice as the Cherokee, because it’s not. Still, the $17,695 base price might make the inside tolerable for those not concerned with a relatively plain inside. Bluetooth and satellite radio now come standard, with a rearview camera available as an add-on. The Patriot will get 20-26 MPG, a number that compares favorably to the rest of the 2016 Jeep lineup.

The bottom line is that a lot of people just like Jeeps. Though some mechanics complain that they are faulty and expensive to repair, vehicles like the Cherokee and Wrangler are right up there with mom, hot dogs, and apple pie when it comes to things that say America. If you’re a Jeep lover, the drawbacks are not an issue. If you want a performance sports car, better look elsewhere. But when you want a vehicle that can decide to skip the paved roads, Jeep is still around and giving the competition a run for its money. 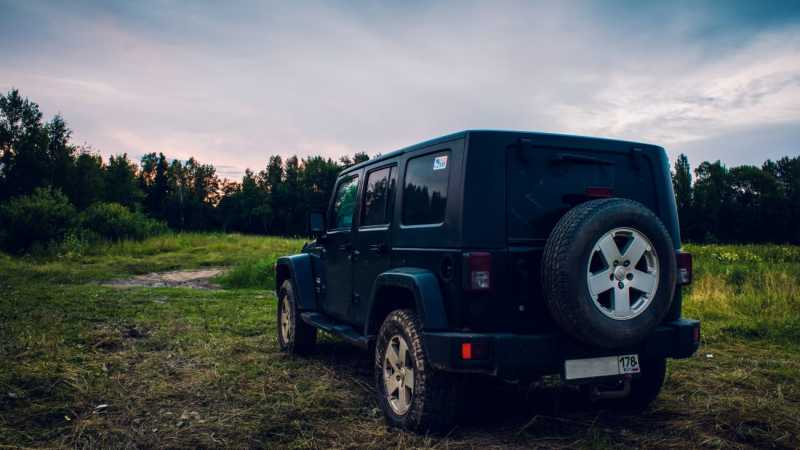