Psoriasis is an affliction that stands in the middle of plenty of speculation. Most understand that it is a rash while others assume that this rash is closely related to hives that go away with over the counter treatment. Certain individuals believe that this is a highly contagious condition where the afflicted should be avoided at all cost.

Like most speculations, however, these factors are false, to an extent. Psoriasis is defined as a red, scaly rash that results from the overgrowth of skin cells. While this brief definition barely brushes the surface of all there is to know about this condition, it is a good starting point.

Over three million people in the United States have psoriasis, with about the same amount of new cases being reported each year from other portions of the world. Given that it is so common, treatments do exist, but there is no known cure that prevents it from returning. Many cope with this disease each day, but it is often referred to as a silent illness that few patients enjoy talking about. With this condition comes a multitude of symptoms that branch from being physical, mental and, certainly, emotional.

Dealing with Psoriasis: What You More Than Likely Experience

Like any disease, each patient is different, a point that foreshadows the difference between symptoms. Commonly, though, each patient experiences the red, scaly rash affiliated with the ailment. Some patients witness this rash in a localized area while others are unfortunate enough to witness the rash spreading to every portion of their body, including their cuticles and fingernails.

Alas, the most common symptoms shared among patients are concise, important to recognize, and indicative of the severity of this issue. Symptoms include:

Certain patients may experience other symptoms that are still being studied. If you have yet to be diagnosed with psoriasis but have these conditions, it is fundamental that you speak with your physician.

This disease does matter and does have consequences for being left untreated and, above all else, it is important that you seek treatment to abate the severity of the symptoms. This affliction does require a medical diagnosis and cannot be self-treated.

Risk Factors and the Lifestyle Changes That Must Ensue

Every ailment has a set of risk factors attached to it. Upon discovering these risk factors, reflecting on your lifestyle choices is crucial. Making any necessary changes to your life comes with the territory of having psoriasis, a reality that results in many patients investing in life coaches and therapists. The risk factors for this condition are commonly:

Because of these often unavoidable risk factors, professionals urge the following solutions and lifestyle transitions:

Above all else, the most positive outcomes have resulted from those who have altered their diets. Though supplements are beneficial, the best manner to receive the necessary vitamins and nutrients that somebody with this condition need is to eat food in its most natural state. Experts recommend:

Gaining Back Strength and Confidence with Treatments

The treatments for this ailment focus on clearing up any lingering rashes and attempting to prevent the excess growth of skin cells. Topical creams, vitamins that stimulate healthy skin production, physical therapy, and self-awareness are all used to treat this condition. Most commonly, the following methods and medications are utilized:

If you have this condition, it is encouraged to avoid itching the areas, regardless of how difficult it may be. Remaining in constant contact with your primary care physician, rheumatologist, and dermatologist is a fundamental action to monitor your condition as well. Record your symptoms, track your outbreaks, and report each of them often.

Prognosis: Upcoming Treatments that Can Help

Researchers have a strong belief that fire ant venom may prove to be an effective treatment for psoriasis. While the venom is definitely powerful, it has the potential to actually protect the skin. This is why scientists are so focused on developing a less toxic form of the venom. Although this cutting-edge treatment proved to be successful in studies using mice, don’t expect it to be approved by the FDA anytime in the near future.

Last year, a new injectable drug called Siliq was released. Because Siliq has the ability to block the receptor that causes the inflammation associated with psoriasis, it’s unique from most of the other medications currently on the market.

Recent clinic trials prove that Siliq can be very effective. More than 50 percent of the people who received an injection managed to achieve completely clear skin.

On the downside, there are some potential side effects. A low white blood cell count, joint pain, nausea, and fatigue are among the most prevalent. If you happen to have a history of depression, be especially careful about taking Siliq. It can increase your risk of suicide.

Some researchers believe medical cannabis could be the future of psoriasis treatment. Cannabis, which contains an anti-inflammatory compound called CBD, may be able to help by slowing cell growth. It should also provide relief from the psoriasis itching and help heal skin lesions. Because side effects are generally very mild, many consider a cannabis medication to be a great alternative to modern steroid-based formulas.

Some companies have already started to focus on developing a compound based from medical cannabis.

Conclusion: Battling Psoriasis the Best Way That You Can

To summarize, this common disease is a life sentence, but that is not always as daunting as it seems. If you are living with this affliction, it is salient to recognize your worth as a person and to stop using your disease as a means to describe yourself. The initial diagnosis is always the hardest, but countless professionals exist to alleviate the stress associated with it. Surround yourself with positivity, healthy choices, and an understanding of your condition and how to defy all of itsodds. 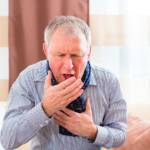