It is nearly impossible drive through any town or city within the United States without seeing a single pickup truck on the road. Truck sales have grown exponentially within the past year, and midsize trucks have exploded nearly 40 percent since 2015. For truck manufacturers like Chevy, Ford, and Toyota, this is wonderful news, as their business is booming year after year. For the consumer, this means more options available on the market with more features included in every single vehicle you may drive off the lot with.

Unfortunately, this also means the price of trucks has jumped - nearly 6 percent in the past year - which means you need to carefully research and select which option is best for you and your needs. Here are some of the best choices for the savvy consumer:

The Chevrolet Colorado is a relatively new model of midsize truck, introduced in 2015. This year, however, Chevrolet has offered some of the best features and best mileage with their new 2017 model. The biggest change most consumers will notice is the switch to diesel power, making it one of the only 2017 models to run off of diesel. The smaller size and bigger engine even offer the best mileage, as mentioned previously, as the truck is capable of achieving 22 miles per gallon while driving in the city, 31 miles per gallon on the highway, and 25 miles per gallon combined.

With a starting MSRP of just $20,100, the Colorado has one of the best price points on the market - especially considering the increase in price for most trucks. Most people opting for a truck like this are looking for a workhorse vehicle, and the Colorado does deliver in that respect. The 2017 model truck is capable of towing up to 7,700 pounds, has 305 max horsepower, and even features built-in 4G LTE Wi-Fi, thanks to Onstar.

The Colorado has already received top safety ratings after having been tested in multiple conditions. With safety features including Forward Collision Alert and Lane Departure Warning to prevent all types of collisions from occurring before they have a chance to actually happen, the Colorado is quite safe. Chevrolet has a method to their safety performance, and it includes preventing any possible accidents, protecting the driver and passengers in case of an emergency, and immediately responding to the scene of any collision with Onstar's Automatic Crash Response.

The 2017 GMC Canyon has a starting MSRP of just $20,955, making it a tad bit more expensive than the Chevrolet Colorado. The additional price is worth it for all of the included features that come standard within the midsize pickup truck. Of course, if you're looking for more, there are available features that can be added on. The standard features include:

As for the available features, those include Lane Departure Warning, Forward Collision Alert, EZ-Lift, and IntelliLink with an 8-inch touch-screen. Some of these features come standard in the Chevrolet Colorado, which may hurt sales in the long-run. The Canyon makes up for that in other areas, however, like in their top safety ratings.

Every purchase comes with a 6-month trial to OnStar, which includes Automatic Crash Response, Navigation, Roadside Assistance, and Remote Door Locks. The Basic Plan for OnStar, which is available for five years from the delivery date of the truck.

If you opt for the premium features, you can expect driver alert technology utilizing cameras mounted around the vehicle in strategic locations to prevent accidents. The features tell you, the driver, when you are too close to another vehicle or when you are drifting from the driving lane.

It is true, truck manufacturer Nissan had some trouble finding a suitable market for their full-size Nissan Titan in 2015. In 2016, however, following additional features and a few internal changes, the Nissan Titan has become a powerhouse in the world of trucks. With a starting MSRP of $35,290, this full-size truck is capable of so much more than other options on the market.

For example, the Titan includes a 5.0-L V8 Cummins Turbo Diesel engine to provide heavy-duty torque and power. The integrated gooseneck hitch in the back of the truck, combined with the powerful engine, are enough to tow most large objects from behind, including a new boat or a trailer.

When it comes to accessibility and customer satisfaction, Nissan took things a step further by implementing a rear bumper step assist to ensure it is easier to step into the truck bed, a sliding bed extender for when you're transporting larger packages, and all-season step mats to prevent rain, sand, and snow from entering the cab of the vehicle and making a mess.

When it comes to safety, a major aspect of any vehicle purchase, the Titan includes child seat anchors, remote anti-theft alarm system, stability control, tire pressure monitoring systems, traction control, and emergency brake assist, amongst a few other notable features most consumers would automatically pay extra for. Nissan included them standard, though.

In fact, the 2016 Nissan Titan has already won an award from Cars.com stating they have the best pickup truck of 2016. Of course, the decision to purchase such a vehicle is totally up to you, the consumer. You vote with your hard-earned money as to which truck is the best.

Overall, these three trucks managed to remain a step ahead of the rest of the truck competition in 2017. Their included features, top safety ratings, the best mileage, best price, and more keep them in the running for numerous awards, just like the Nissan Titan has already achieved. If you are undecided between the three, it is highly suggested to visit each vehicle lot for the respective manufacturers and take a test drive in the trucks. Each will feel different for every driver, meaning not all three are perfect for everyone. 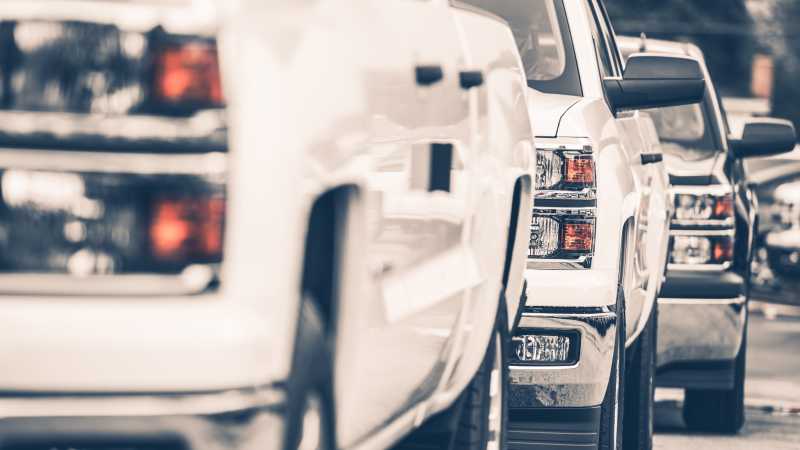