Unlike hybrid-electric cars including the Toyota Prius, the Tesla Model 3 has no option for gasoline intake. The design of this new Tesla has the future in mind with an electric-engine-only build that's sleek, roomy, and efficient with new smart-car, self-driving technology.

How Much Does the Tesla Model 3 Cost?

The manufacturer's suggested retail price for the Tesla Model 3 is in the very-affordable range of $35,000 to $44,000, depending on which of the two trims you select.

One special benefit of buying the Tesla Model 3 is the tax-credit bonus you get. Recent legislation qualifies any buyer of new electric cars in the United States for a $7,500 tax credit no matter how much your taxes are.

According to the latest news from Tesla, ordering a new Model 3 at the time of this writing means that you will receive your car anytime between September of 2018 and March of 2019. Previous orders required a deposit of $1,000 to reserve your car.

The first Tesla Model 3 vehicles are now starting to go out to Tesla's employees, and then they will begin deliveries before the end of 2017 to the very first reservation holders who placed their orders some time ago. CAR Magazine estimates that more than 500,000 people have already put down their refundable deposit of $1,000 to order their Model 3.

While even the standard model comes with cruise control, this new Tesla and comes with a special enhanced-autopilot feature that blows regular cruise control out of the water. For $5000 more, enhanced autopilot will automatically adjust the car's speed to match the current traffic conditions. The car can park itself at your final destination, and on the road, it has machine-learning features that allow it to always stay within your lane and switch highways when needed. Plus, software updates will come out periodically to update the capabilities of your Tesla.

If you pay $3,000 extra, then you'll get a Tesla with full self-driving capabilities. This includes being able to "summon" your parked car to pull up in front of you wherever you are, and the car can even open your garage door on its own in order to come when you summon it.

If you have no other choices available, any standard household power outlet will work to charge your Tesla Model 3. It's important to note that when charging with a standard outlet, you'll get a much-faster recharge if you plug into a 240-volt outlet like the kind your clothes dryer plugs into. For every hour you charge it through a 240-volt outlet, you're adding about 29 miles to your car's battery life. That means a complete recharge takes about seven hours this way.

A 120-volt outlet will charge your Tesla much more slowly. For that reason, it's a good idea to buy an official Wall-Connector Tesla charger for home use or order your Tesla with dual chargers to speed up the charging times.

You can charge your Tesla at any public electric-vehicle charging station regardless of its affiliation since Tesla provides a handy adapter with your car. The only drawback is that they will charge more slowly than Elon Musk's own charging stations.

For the fastest recharge possible, Tesla has built more than 600 Tesla-branded Supercharger stations across North America and Europe; that number also includes stations in Australia, China, and Japan. The company plans to build hundreds more too, which will add 170 miles to your car battery in just 30 minutes.

How Does the Tesla Model 3 Compare with the Competition?

The only real competitors to the Tesla Model 3 are electric-only vehicles such as the latest Chevrolet Bolt and the Nissan Leaf.

The Chevrolet Bolt admirably has the capacity to give you 238 miles of driving range when the battery is full, which is slightly more than the 220-mile maximum distance per charge of the standard Tesla Model 3. However, the Tesla Model 3’s long-range trim still blows away the Bolt model with 310 miles for each complete charge.

According to U.S. News & World Report, the Chevrolet Bolt also charges more slowly than the Tesla Model 3. The fastest charging time for a Bolt is 90 miles of charge in 30 minutes when you're at a public DC fast-charging station. However, Tesla Supercharger stations deliver almost double the amount of charge you get in the same amount of time. Overall, the Chevrolet Bolt is still a decent car that's like a cheaper knockoff of the Tesla Model 3 in a hatchback design without self-driving capabilities.

The Nissan Leaf is probably the cheapest all-electric car on the market now with the base model starting at $30,680, according to U.S. News. However, its underwhelming mileage performance is only 107 miles for each full charge, which is just half the distance you get out of the standard Tesla Model 3. The Leaf has a compact hatchback design and decent entertainment options, but it only has a modest seven-inch touchscreen and lacks technological features that compare to the self-driving and enhanced autopilot features of the Tesla Model 3.

Essentially, no other all-electric car has as many futuristic "smart-technology" features or goes as far as the long-range Tesla Model 3, especially not in this price range. The Tesla Model 3 is a huge step forward in green-car design that many compare to the giant leap Apple made when designing their first iPhone.

What Are the Drawbacks of the Tesla Model 3?

As MarketWatch reports, even a car as revolutionary as the Tesla Model 3 has some downsides. For example, many of you will want the fastest recharging times possible, which you can only get from the public Tesla Supercharger stations. While these stations are great, they are more likely to be farther from where you live or where you're going.

Also, maintenance costs are higher if something goes wrong because few mechanics can work on a Tesla. That means you have no choice but to go back to the dealership for repairs when needed.

Despite these points, many people won't mind them considering all the advantages the affordable Tesla Model 3 has over other cars. 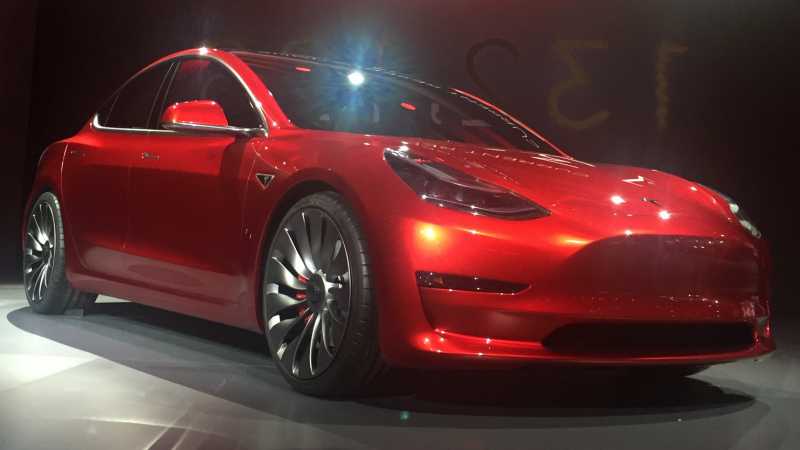