People love their pets — especially dogs. Known for their unconditional love, the vast majority of dogs are totally devoted to their owners. They don't care whether you are rich or poor or what your social status is. As long as you feed them and take care of their daily needs, you will have a friend and snuggle partner for life.

Most dogs are smart enough to be trained. In addition to being able to sit, fetch, and roll over, some dogs are as smart as a two-year old child, according to research by animal psychologists. Researchers say it is possible for dogs to understand up to 250 words and perform simple math. This places them near the top as far as animal intelligence goes, rivaling that of parrots and apes.

Here is a list of the five smartest dog breeds along with some additional facts that you will find interesting.

Border Collies are medium-sized dogs that usually weigh between 30 and 50 pounds and range in height from 18 to 21 inches. In addition to a long tail, they have long hair, a slightly-wide head and a tapered muzzle. Colors include black and white, black and gray, red and white, and solid black. They are known as athletic dogs with a strong, agile body.

Border Collies are considered to be one of the smartest breeds around. They are famous for their sheep-herding talents as well as their ability to follow voice and whistle commands. They can learn just about anything that you might want to teach them, and many people believe that they are able to learn on their own. Because Border Collies are so smart, owning one can be quite a challenge.

For instance, they are good at finding escape routes and have been known to open doors and gates. Also, they tend to be a little restless and demand a considerable amount of attention.

Poodle breeds include the Standard Poodle, Miniature Poodle, and Toy Poodle. They range in size from a little over nine inches and six pounds for the Toy Poodle to over 24 inches and 70 pounds for the Standard Poodle. Poodles have always been popular as a pet and as a show dog, partly due to the unique way they can be groomed. They are known as hard workers and have been used to help with game hunting as well as to pull sleds.

Poodles are very smart and easy to train. This is evidenced by the fact that they have performed in circuses and continue to perform in dog shows today. They often are seen doing such tricks as jumping rope and dancing on their rear legs. Poodles are able to learn a new command very quickly with only a few repetitions. Because they are so intelligent, it is easy to teach a poodle the skills associated with hunting, such as tracking and retrieving.

German Shepherds are known as confident, courageous, and smart dogs. They range in height from about 22 to 26 inches and generally weigh between 50 and 90 pounds.

Due to their large size and strength, German Shepherds are good work dogs. They also make excellent guard dogs due to their willingness to sacrifice themselves in order to save a life. German Shepherds are very athletic and require a significant amount of exercise in order to maintain good health. After all, don't forget that their name comes from bygone days when they were used as sheep herders.

Some people would disagree with a third-place intelligence ranking for this dog and insist that the German Shepherd is the smartest dog around. Because they are so easy to train, law enforcement officers and Special Forces personnel use them almost exclusively. German Shepherds are fast learners and are good at retaining what they have learned. This makes it easy for them to learn new tricks and commands.

Golden Retrievers are big, beautiful, friendly dogs. As their name implies, they are generally golden in color, although the shades of gold vary significantly. They can stand as high as two feet tall at shoulder height and weigh as much as 75 pounds or more.

Golden Retrievers always have been popular as a hunting dog because of their ability to retrieve game undamaged. Their long coats repel water easily and provide plenty of warmth. Although Golden Retrievers make a great outdoor dog, they are suited to many environments and make great pets. One thing that should be noted, though, is their propensity to shed.

While they may not be ranked first in intelligence, Golden Retrievers are nevertheless very smart. They can be trained to perform many important tasks. They have been used in search and rescue missions and as guide dogs for the visually impaired. They are great at sniffing out bombs at airports and have often been called on to assist in water lifesaving efforts. Because they are generally well behaved and easy to train, Golden Retrievers can be seen in many television shows and movies.

The Doberman Pinscher, or simply Doberman, is a fairly large dog with a long muzzle. They can stand almost 30 inches tall and weigh nearly 100 pounds. They have a short coat with wide variations in color, including black, red, and blue. One unusual thing about a Doberman’s appearance is that they usually stand on their pads. They are always on alert and can be tenacious. This is what makes them a good guard dog. Although owing one takes a considerable amount of care and commitment, many owners find them to be loving, devoted companions.

Dobermans are known to be very intelligent and easy to train. They have a keen sense of perception along with great intuition. One thing that makes them a good guard dog is their ability to sense threats and to quickly distinguish between friend and foe. They also have been used as search and rescue dogs as well as therapy dogs. 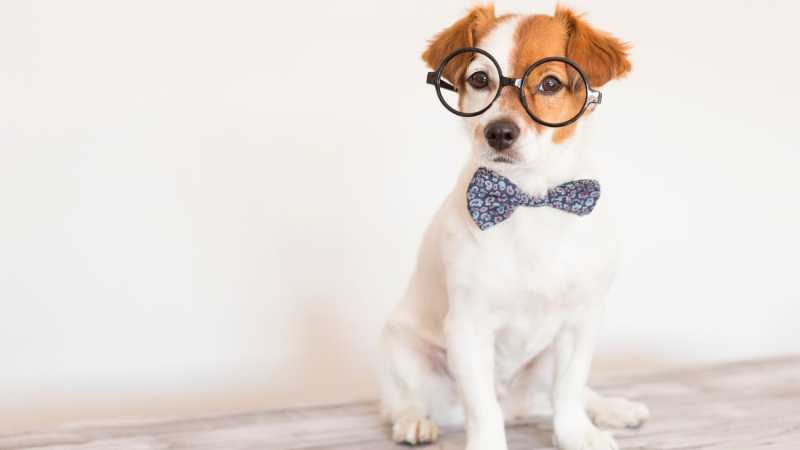 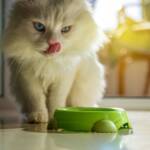 Find Out Which Food Is Best for Your Cat