The Best Crossover Cars in Canada for 2017

When it comes to a crossover utility vehicle (CUV), the amount of choices you have is astounding. With vehicles that combine the sporting capabilities of an SUV with the functionality of a hatchback, the advantages of a CUV are innumerable. The following models make the top of our list as the best crossover models on the Canadian market for 2017.

The 2017 Mazda CX-5 is not your ordinary CUV vehicle. Mazda engineers have ensured that the vehicle stands out, both in looks and performance. The car has been crafted with technology in mind to make it a more practical and better option for the CUV lover.

The vehicle’s updated design gives it an edgier and sporty design. It’s not only appealing on the eyes, but the performance makes it an engaging car to drive, no matter what road you take it on. The fuel efficiency isn’t too bad, with 6.8 L/100 km highway for the base model, the CX-5 GX.

Entering the Mazda CX-5 has you appreciating the craftsmanship of the interior. It is more practical and spacious compared to other vehicles in this category. For entertainment lovers, you get to enjoy HD radio and a 7-inch colour touchscreen that are integrated upon your request. This means you will still get reception if you take a road trip to the Okanagan desert. The infotainment system is high-end, giving you an emergency system that automatically kicks in when you need it, as well as a voice command system.

The CX-5 also has adequate safety features to ensure you and your passengers are kept safe. Included are electronic stability control, rear collision sensors, blind-spot sensors and seat-mounted airbags. Mazda makes sure your safety is ensured.

For the CX-5 GX, you have the choice between the SKYACTIV-G 2.5 L engine or the SKYACTIV-G 2. L engine. The former comes with the automatic transmission, and the latter is equipped if you choose manual. You can choose either AWD or front-wheel drive with the automatic, and front-wheel only with the manual. The automatic AWD engine produces 187 horsepower and 185 lb. ft. of torque. You can tow up to 2,000 lbs. with the new trailer hitch option. Starting at $30,225 CAD for the GX automatic, the CX-5 is a real bargain.

Poor sound quality has been an issue for critics, with reviews placing the quality at below the standard. The automatic engine is considered underpowered, especially with the other options available for the car. It has an overall sluggish drive on highways.

Drivers were excited about the previous models of the Ford Escape. The 2017 model is set to be better in all the ways than its predecessors. Ford has combined performance, agility, sportiness, and fuel economy technology together into one.

Design wise, the 2017 Ford Escape does not disappoint. It is stylish, modern, and its sporty appearance is a big plus to this fantastic CUV. With the 2017 Escape, you can expect to get about 8.0 L/100km highway for its base engine. The three engines you can choose from are the 2.0 L EcoBoost, the 1.5 L EcoBoost, and the 2.5 L iVCT. Both EcoBoost engines include Start/Stop technology. The 2.0 L 4-cylinder turbocharged engine is efficient and will get you 245 hp.

The sporty design translates to the feel behind the wheel. Its responsive steering is more akin to the handling associated with a hatchback, making this crossover stand out among its peers. This comes in handy while driving through the countryside or in snowy, icy conditions. The vehicle comes fitted with an AWD system that makes driving with traction a whole new, exciting experience.

The 2017 Ford Escape is a touring car with a price tag starting at $21,599 CAD. The spacious interior includes an electronic parking brake and reclining back seats, giving it an edge. The dashboard comes equipped with the Sync infotainment system, and the tailgate is foot activated, making it easier to open if your hands are full.

Safety is a key consideration that Ford has ensured is part of the 2017 Escape. The model comes fitted with blind-spot sensors, adaptive cruise control, and forward collision alert sensors.

For the manual car lovers, we apologize. You will have to seek an alternative. The 2017 Escape lacks a manual transmission. The vehicle has also been criticized due to its low towing capacity of 2,000 pounds for the 1.5 L version and 3,000 lbs. for the 2.0 L version.

Automakers have been all about redesigning models for 2017, and the Honda CR-V is no exception. The design of the vehicle is beautiful and was built to inspire a sense of awe on the road. With a starting price of $26,690 CAD for the LX-2WD, it’s a vehicle that offers more than its competitors in the crossover category. A spacious interior, a beautifully crafted exterior, excellent fuel economy and a large cargo space only add to the appeal of the CR-V.

The interior is fitted with a responsive infotainment system, two USB ports and a Bluetooth system that is voice powered. The navigation system is also top notch with a 7-inch display. The infotainment system comes with Android and Apple CarPlay, making it easier to listen to what you want while driving. The video viewing has also been enhanced with a refined HD experience.

The 1.5 L turbocharged 4-cylinder engine produces 190 horsepower and 179 lb. ft. of torque. You can expect to get 7.0 L/100km highway in terms of fuel consumption. For simple drivers, the power is adequate. For those with a heavy foot, you will have to settle for this or seek another alternative.

Safety features on the Honda CR-V include a rearview camera, a lane change warning system, blind-spot alert sensors and a forward collision alert sensor. It also comes fitted with traction control, rear traffic alert sensors, collision mitigation and lane change sensors. The car also comes fitted with an automatic emergency braking system that kicks in when the distance between your car and the one ahead decreases, to avoid a collision.

Hyundai has released the 2017 version of the Tucson that is affordable and comes loaded with a turbocharged engine, a fancy interior as well as an excellent exterior. It delivers a sporty, comfortable drive.

The Tucson does not disappoint under the hood. The SE version comes fitted with a 2.0L four-cylinder engine with a turbocharger. For those looking for a smaller engine, there is a 175-horsepower engine available. The vehicle offers an average of 7.8 L/100km highway on its turbocharged engine. The six-speed transmission makes for quick acceleration thus achieving a speed of 60 mph from zero in just 7.9 seconds.

With such power, the next consideration is safety. The 2017 Tucson does not compromise. Fitted with front and side crash protection among other safety additions, the roomy interior is equipped with more than the competitors in this category. For starters, it has heated mirrors, a captivating 5” touchscreen that has a navigation system, Bluetooth, and phone connectivity. The Tucson boasts excellent emergency safety standards, among other functionalities.

On the flip-side, Hyundai still struggles with the issue of low quality in their materials. With a price tag of $24,999 CAD, the compromise on quality is a real raw deal for you. Critics who have given the car a test drive have complained of its highly underpowered engine that is not cut out for the CUV market.

Choosing a crossover vehicle can be a real challenge and careful considerations are necessary. The above CUV options should make the choice easier for you. 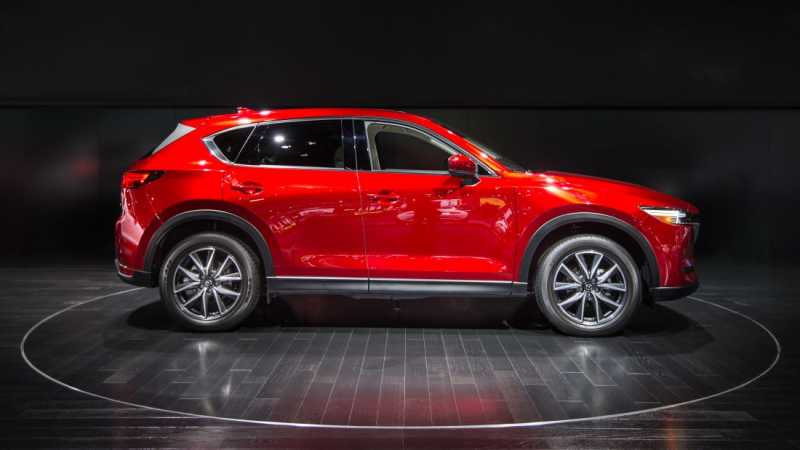