The Best Crossover Cars in the USA for 2017

In today’s car market, many American drivers are opting to purchase crossover vehicles. They have become increasingly popular because they have the body, shape and utility of an SUV, but are more comparable to a car when it comes to size and gas mileage. Many companies have created crossovers in an effort to meet the increasing demand.

If you are looking for this type of vehicle, this summary will give you the best offerings for 2017.

The Honda CR-V has been a consistent leader in the category of compact crossovers, and it has been completely redesigned for 2017. All features have been updated, from the noticeable front grille, to the more stylish and daring interior design. Honda has even managed to provide more rear leg room, which was already ample.

Drivers have a choice of four different trim levels, with each offering their own amenities. The entry level LX model does not provide many frills, and you may not be impressed with the less powerful engine. The next level EX, however, has a 7-inch touchscreen, a sunroof, a turbocharged engine and a power driver seat. If you are looking for leather interior, premium audio, a power lift gate and driver seat memory settings, the EX-L is your best bet. The Touring offers all forms of convenience with a standard navigation system, LED headlights, and automatic wipers.

The Honda Sensing system comes standard on all trim levels beginning with the EX, and it includes safety features such as pedestrian sensing, forward collision warning, lane keep assist and collision mitigation braking.

All trim levels except the LX include an impressive 1.5-liter turbocharged four-cylinder engine. There is 75.8 cubic feet of cargo space, which is respectable for this size of crossover. In terms of fuel economy ratings, drivers will be pleased with the CR-V’s combined city and highway rating of 30 miles per gallon. This crossover starts as $24,045 for the LX base model.

With an EPA fuel economy rating of 22 to 28 miles per gallon combined, the Subaru Outback gets some of the best gas mileage in its class of midsize crossovers. The Outback seats five, comes standard with all-wheel drive and has a five-star government crash rating. Subaru has made the EyeSight system available in the Outbacks, which provides the best in accident avoidance technology.

This crossover stands out amongst all others because it was the first of its kind. The 2017 has continued to exceed expectations with a great deal of interior space, above average off-road ability and a lower roof that makes loading equipment an easier process.

The Outback comes in 6 different trim levels, so you are certain to find exactly what you need. The base level 2.5i has standard features such as 17-inch alloy wheels, hill descent control, a rearview camera and Subaru’s Starlink 6.2-inch touchscreen interface. The next level, the 2.5i Premium, adds heated exterior mirrors, an eight-way power driver seat, Bluetooth text messaging connectivity and voice controls.

If you like all of the options available with the 2.5i Premium, but want a few more details, then the 2.5i Limited is available. Its long list of amenities includes, but is certainly not limited to, a blind-spot monitoring system, leather upholstery, a 12-speaker Harman Kardon sound system and driver seat memory settings. The 3.6R Limited comes with a more powerful engine, and the 2.5i Touring and 3.6R Touring come with upgrades that include the Driver Assist Technology package.

The only thing that some may consider a drawback is that the Outback looks more like a wagon than a crossover; however, with all of the amazing things it has to offer, this will not deter most customers. The base price for the 2017 Outback is $25,645.

The Toyota Highlander is a midsize crossover with 3 rows and seating for 8 passengers. While it offers enough space to meet the needs of a large family, it is not oversized and difficult to maneuver. Most trims come standard with a new V6 engine, an eight-speed automatic transmission and the Safety Sense package, which is Toyota’s collision avoidance system. The Highlander has an EPA fuel economy rating of 22-23 miles per gallon and a five-star government crash test rating.

This crossover is highly regarded because of its strong reputation as a reliable vehicle and its high resale value. For 2017, there have been noticeable updates to the exterior, and the SE trim level has been added, which gives you more sporty style and performance options.

The other trim levels begin with the base level LE, which does not come highly recommended because of its mediocre performance. In addition to the V6 engine, the LE Plus has such amenities as a power lift gate, a higher resolution 8-inch touchscreen, smartphone connection apps and zone automatic climate control. If you opt for the XLE Plus, then you will also get an upgraded instrument panel, leather upholstery, Driver Easy Speak (which transmits the driver’s voice to the rear of the vehicle) and a navigation system.

The Limited adds rear parking sensors and driver memory settings, and the Limited Platinum delivers a panoramic sunroof and a 360-degree parking camera. The starting price for the 2017 Highlander is $30, 630.

If your budget is more flexible, then perhaps you can consider a midsize luxury crossover. With 23 miles per gallon combined fuel economy, seating for seven and a government crash test rating of five stars, the Acura MDX is an outstanding choice. The amount of interior room that it provides makes it a natural choice for families, as well as the AcuraWatch accident avoidance technology that comes standard.

The MDX carries a V6 engine and an advanced torque-vectoring all-wheel-drive system that makes for an extremely smooth ride. Its acceleration is comparable to other crossovers in its class, and a software update has cured it of the issues that owners previously experienced with the nine-speed automatic transmission.

For 2017, the exterior has received a new hood, updated front fenders and an updated version of the headlights. The 2017 MDX is also the first Acura model to feature the new diamond pentagon grille. Also new for this model year is the addition of the Sport Hybrid option, which boasts a 3.0-liter V6 engine and a gas-electric powertrain.

There are three trim levels that offer varying degrees of packages. The base Standard package comes very well-equipped, and includes such things as an electronic parking brake, a power lift gate and heated side mirrors. The Technology package adds 20-inch wheels, automatic wipers, remote engine start and a premium navigation system. The top-level Advance package gives you such impressive options as front and rear parking sensors, premium leather sport seats and a heated steering wheel.

While the MDX may not provide the level of luxury found in its closest rivals, the long list of amenities it offers is quite appealing, not to mention the lower price tag. It starts at $44, 050. 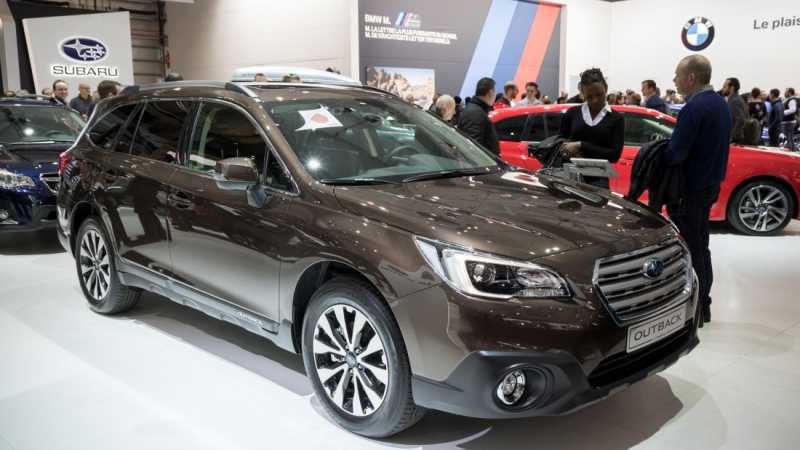