When you are shopping for a new vehicle, it makes sense to want one that will provide you and your family with plenty of space, safety features, and comfort. One type of vehicle that is ideal for anyone that is looking for these features is a large full-size SUV. Each year, many of the major vehicle manufacturers come out with a new line of full-size SUVs that sell quite well.

For the 2019 model year, there are five full-size SUVs, in particular, that provide an owner with a variety of benefits.

Well known for its interior space and engine performance, the Chevrolet Suburban is a very popular full-size SUV. While the 2019 Suburban has a starting MSRP of just over $50,000, the price can easily exceed $70,000 depending on the engine option and upgrades selected.

The Suburban comes equipped with a wide variety of entertainment features, which include the standard eight-inch touchscreen display, HD and satellite radio, smartphone connectivity, and a Wi-Fi hotspot. There are also a good number of great standard safety features including the remote start, rear parking sensors, Teen Driver safety control package, and the rearview camera.

For those with money to spend, the 2019 Land Rover Range Rover is a great option. This large full-size SUV is well known for its high-performance engine options and luxury finishes. The Range Rover has a starting MSRP of around $80,000, but with all the upgrades it can cost close to $200,000.

The SUV comes standard with a V6 engine that produces 340 horsepower. Those looking for the most performance will want the upgradeable V8 that produces around 525 horsepower. With the base engine option, you will receive a surprising 25 mpg on a blended basis. With the V8, fuel efficiency declines to about 16 mpg.

All-in-all, the 2019 Range Rover is a great option for those that are looking for luxury and performance as it has strong engine options and plenty of luxury and tech features at the base trim level. One con to the SUV is the price, which is more expensive than the competition.

The GMC Yukon has continued to be one of the more popular full-size SUVs each year. This SUV comes standard with a V6 engine that produces around 350 horsepower and provides a blended fuel efficiency of 18 mpg. Those that want more power and towing capacity will want to upgrade to the V8 that produces around 450 horsepower and provides a fuel efficiency of around 17 mpg on a blended basis. The SUV can come with either FWD or AWD.

The 2019 GMC Yukon has a very impressive number of standard features that include safety upgrades such as the rearview camera, rear parking sensors, and Teen Driving controls which can enhance the safety for inexperienced drivers. Some of the other tech features included in the base model are the GMC infotainment system, a nine-speaker Bose audio system, smartphone connectivity, and an eight-inch touchscreen display.

In the end, the Yukon will be very popular with consumers due to the impressive number of standard features and a lower MSRP, which starts at under $50,000. One disadvantage of the Yukon is the smaller amount of cargo space as the 95 cubic feet is less than what is provided by competitors in the same class.

Another great full-size SUV option to consider is the 2019 Ford Expedition. This large SUV comes with a base V6 engine that produces around 375 horsepower, which is more powerful than the base engine available with some competing large SUVs. You can also have this upgraded to a more powerful V8 that produces around 400 horsepower. With any trim or engine option, you can choose to get either rear-wheel-drive or all-wheel drive. The base MSRP is about $52,000, but the necessity for AWD can make it cost more than $55,000 for many drivers.

The Ford Expedition comes standard with the Ford MyKey system that allows you to set safety controls for other drivers. Some additional safety features come in the base model include a rearview camera and rear parking sensors. There are also several quality features available in Ford’s SYNC connectivity system including four USB ports, a six-speaker audio system, and satellite radio.

The biggest selling points for the Ford Expedition will be the stronger base engine option when compared to the competition, a good set of safety features, and the very comfortable cabin. However, the fact that the base MSRP is higher than some direct competitors could be a challenge for the 2019 Ford Expedition. Furthermore, many features, including the eight-inch touchscreen and smartphone connectivity, only come with higher trims.

The Nissan Armada is a line of full-size SUVs that was first introduced with the 2004 model year. Although the 2019 model has received some modest improvements, it continues to have the same V8 engine which produces just under 400 horsepower. The fuel efficiency is just 17 mpg on a blended basis when combined with RWD and 16 mpg when combined with AWD.

The 2019 Nissan Armada has a pretty good suite of tech and safety features in the base model. The base trim comes with an impressive infotainment system that includes HD radio, satellite radio, a 13-speaker Bose audio system, and voice recognition. All this great tech is by a large eight-inch touchscreen display. Plus, there is a large number of standard safety features including a rearview camera, forward collision warning, parking sensors, and automatic forward emergency braking. Additional safety and tech features are available with some of the higher trim levels.

The lower base MSRP of $47,000 and a substantial amount of standard tech and safety features make the 2019 Nissan Armada an appealing full-size SUV. Unfortunately, the Armada’s fuel efficiency is among the worst in the class. 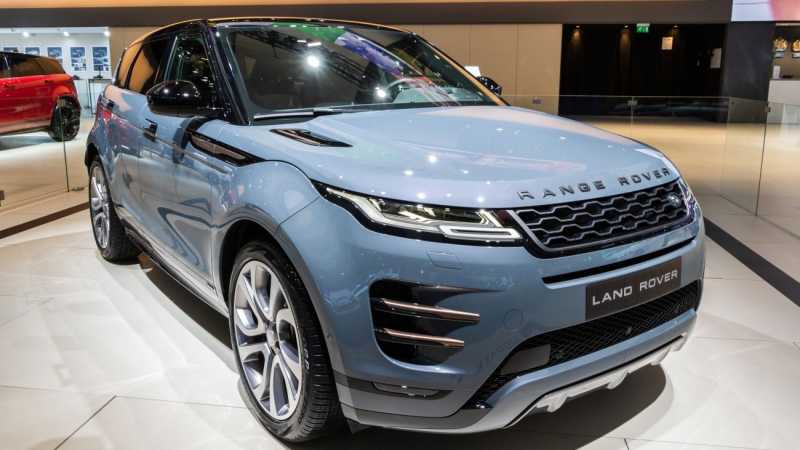