The Best Midsize SUVs for 2018

With the arrival of new safety technologies, now is the perfect time to jump on the midsize SUV bandwagon. Scroll down to take a look at the best 2018 midsize SUVs:

It’s hard not to mention the 2018 Dodge Durango among today’s best midsize SUVs. Drivers are drawn to the Durango’s muscular appearance and ample performance. An optional third-row seat enables seven passengers to comfortably climb aboard. Rated to tow up to 7,400 pounds, the Durango proves to be a great alternative to a full-size pickup.

Performance is certainly one of the Durango’s strong points. The base V6 engine produces 293 horsepower while returning a solid 26 mpg on the highway. Meanwhile, the optional V-8 engine proves to be especially potent with its 360-horsepower output. For 2018, Dodge has also introduced a 475-horsepower SRT trim. A scorching 0-60 time of 4.9 seconds means that it offers the acceleration of a muscle car.

All the Durango’s features are simple to use. The award-winning Uconnect interface is quick and smartphone-friendly. There are also plenty of upgrades to keep your family happy, including a Blu-ray entertainment system and a booming Alpine sound system. While the standard backup camera comes in handy when parking, you can enhance your security with technologies such as blind-spot monitoring.

A solid reputation for reliability and improved styling have helped the Toyota Highlander to remain on top. It is consistently ranked as one of the top family vehicles on the market. A standard Toyota Safety Sense package gives every driver an extra measure of confidence.

Although a four-cylinder engine comes standard, it only packs 185 horsepower. Strangely enough, standard engine is less fuel efficient than the optional V-6 engine. The V-6 engine’s 295-horsepower production is well worth the minimum extra cost. Gas mileage tops out at an impressive 27 mpg. Despite its hefty weight, the Highlander provides surefooted handling on the road. All-wheel drive is optional.

Aside from its tight third-row seat, the Highlander proves to be a very accommodating SUV. The rear seats recline to provide additional comfort on long trips. Plenty of useful features come standard, such as a total of five USB ports, and an Entune infotainment system. An optional Driver Easy Speak feature makes it easy for you to communicate with your backseat passengers.

The Highlander’s five-star safety rating gives your loved ones an extra peace of mind. Optional parking sensors and rear cross-traffic alert help you to maneuver is crowded areas. Innovations, such as adaptive cruise control and automatic braking, are available as well.

While the Volkswagen Atlas has only been on the market for a short time, it has already impressed a lot of drivers. Remarkably spacious seating and nimble driving dynamics give the Atlas a key advantage over the competition. Some consider the base Atlas to be a genuine bargain.

Under the hood of the new Atlas sits a brawny V6 engine which produces a competitive 276 horsepower. Although the Atlas is not the most powerful SUV in the segment, its smooth-shifting automatic transmission helps optimize performance. You may also like this SUV’s consistent handling. Even when approaching a sharp curve, the Atlas feels balanced. An available AWD system ensures solid traction in wintry weather.

While behind the wheel of the new Volkswagen Atlas, you will have easy access to all the interior controls. Most people will be more than happy with the SUV’s list of standard components. The standard 8.0-inch infotainment screen immediately responds to the user’s touch. While the Atlas comes loaded with a lot of equipment, there are also some useful options to consider. The high-resolution Digital Cockpit will tempt a lot of buyers.

In terms of crash protection, the Atlas ranks near the top of its class. Several active driving aids are offered. When tested in real-world conditions, the autonomous braking system performed flawlessly. An optional 360-degree camera takes the stress out of city parking.

In terms of overall interior quality and passenger safety, the 2018 Ford Edge rivals luxury SUVs that are far more expensive. You can also depend on the Edge to deliver a smooth ride on the street. Unique styling also helps distinguish the Edge from today’s other midsize SUVs.

A wide range of engines are available for the 2018 Ford Edge. A turbocharged four-cylinder engine comes standard, which develops a satisfying 245 horsepower. You are bound to appreciate the engine’s 23-mpg combined fuel economy rating. Nevertheless, some drivers will crave the optional V-6 engine’s additional passing power. Strapped with a 315-horsepower engine and a performance-tuned suspension, the Edge Sport is the most fun-to-drive model in the lineup.

Standard Bluetooth streaming audio and a backup camera help make the base Edge a good value. To experience more luxuriousness, step up to the mid-level SEL trim. You will be rewarded with Ford's cutting-edge Sync 3 infotainment unit and a more fulfilling audio system.

Known for its edgy styling, the Nissan Murano clearly competes with the best midsize SUVs on the market. While the Murano is not the most suitable vehicle for towing, it truly excels at hauling families around. Nissan’s space-age Zero Gravity seats are among the comfiest in the industry. Chosen as a Top Safety Pick, the Murano is engineered to protect your family from every angle. Blind-spot detection and forward collision warning are some of the key driving aids to consider.

The 2018 Murano is powered by a familiar V-6 engine. An output of 260 horsepower gives the Murano plenty of zip when needed. Nissan's top-notch Xtronic CVT comes equipped on every trim, which helps bolster the SUV’s fuel efficiency. You can look forward to getting 21 mpg in the city and up to 28 mpg on the highway. Despite the Murano not being a rugged SUV, an available AWD system transforms it into a solid performer in snowy conditions. The Murano also gets top marks for its outstanding ride quality.

The Murano’s relaxing cabin will put your family at ease. Like the front seats, the rear seats provide an abundance of legroom. Some of the standard goodies include a NissanConnect infotainment system, a backup camera, and satellite radio. Some drivers will consider Apple CarPlay to be a must-have feature. The 11-speaker Bose audio system is also a popular upgrade. 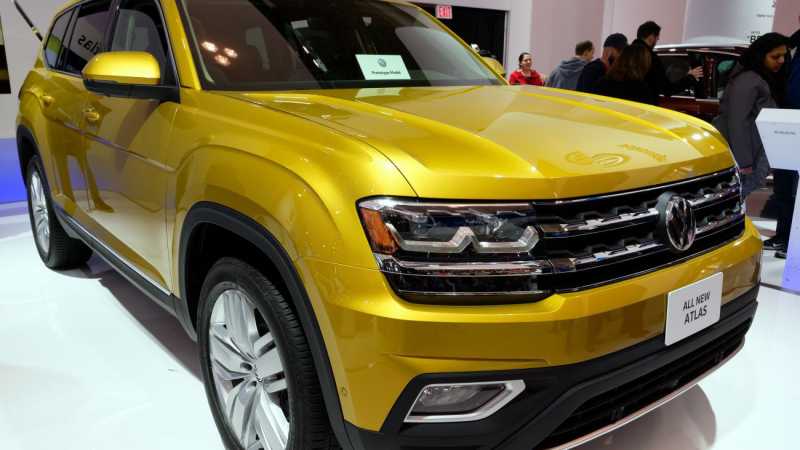