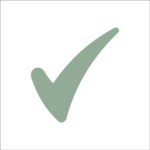 Walmart is the world’s largest retailer and is known to provide some of the best prices you can find anywhere. During Black Friday and Cyber Monday, Walmart takes their deals to another level, offering ridiculously low prices for everything from laptops and security cameras to couches and food processors. This year, Black Friday is November 25 and Cyber Monday is on November 28.

What to Expect on Black Friday

Walmart does Black Friday a bit differently than other retailers, as they make it a month-long event called Black Friday Deals for Days. Throughout all of November, Walmart is offering different deals every week of the month. Not much is known until Walmart releases each week’s flyer.

The online deals kick off on November 7 with new deals dropping every Monday. Walmart+ members get exclusive early access from 12 p.m. to 7 p.m. EST every Monday. All other shoppers will need to wait until after 7 p.m. EST to gain access to the deals. This event will feature sales on favorite brands like Apple, Dyson, along with additional deals on electronics.

Since Black Friday sales begin earlier and earlier each year, be sure to look online and plan out what you want to get. With so many people vying for deals, there is no telling how long your favorite items will still be available for.

Since Walmart’s Black Friday deals have already begun, let’s dive right into some of the best deals currently available. Be aware that some of these deals are apt to change as Black Friday approaches. However, this doesn’t mean that the deals will go away. In fact, the discounts may even increase as Walmart tends to offer even bigger sales closer to Black Friday and Cyber Monday.

Nothing gets people in the holiday shopping mood quite like the idea of saving big on a premium television. Walmart is currently selling the LG 55-inch Class 4K UHD OLED Smart TV for just $996.99. Just for reference, this TV’s original price is $1,599.99.

Even if there is a great deal, not everyone is willing to pay over a thousand dollars for a TV. If that sounds like you, there are still great deals available. For instance, the VIZIO 40-inch Class D-Series FHD LED Smart TV, which usually sells for $226.88, is available for just $198.

Sometimes, a large flat screen television can throw off the mood and style of a room. The Samsung 85-inch QLED 4K Smart TV fixes this problem as it looks like a framed piece of artwork of your choosing when off and turns into a TV when on. Usually priced at $3,299.99, it can be purchased now for just $1,995.

Nowadays, having a laptop is great as so many of us like to shop online or work remotely from the comfort of our couch. Take advantage of this Black Friday season to get yourself a quality laptop for cheap.

One great laptop option is the Gateway 15.6-inch Ultra Slim Notebook. This lightweight laptop is on sale for just $199. Plus, it comes with a carrying case and wireless mouse.

If you want a laptop that’s capable of handling the latest and greatest games on the go, the Lenovo Legion 5i 15.6-inch Laptop with 8GB RAM and an NVIDIA RTX 3050 is a great purchase. While this laptop is usually priced at an expensive $1,029.99, you can get it now for just $749.

Shoppers hoping to snag a bargain on a brand-new tablet won’t be left out either. The Samsung Galaxy Tab A7 boasts an 8.7-inch screen, 32GB of storage, and comes in two colors. Better yet, it can be yours for just $109! That’s a great deal when you consider Walmart usually asks $159 for it.

As tech keeps getting more advanced, even everyday household items like thermostats, doorbells, and light bulbs are facing innovation. This Black Friday is a great time to upgrade many of your traditional home fixtures.

The Lenovo Smart Clock is a great alarm clock and virtual assistant that can help you start your day. For just $30.55, you can have an alarm clock that can play music and audiobooks, check the weather, and so much more.

Never get caught peaking through the curtains again! The Google Nest Hello Smart WiFi Video Doorbell lets you know who’s there. It streams 24/7, lets you review the day’s recordings, and has HD Talk and Listen. Better yet, it’s on sale right now for just $133, down from $172.07.

Turn any old TV into a super-powered entertainment system, at a bargain no less! The 2nd Generation Apple TV HD 32GB is on sale right now for just $79, which is a savings of over 50 percent.

Walmart is offering a whole lot more than just electronics sales this Black Friday. If you are looking to refurnish your house, now is a great time to do so.

With all the great TV deals, it would be a shame not to bring up some of Walmart’s deals on TV stands. You can get this Woven Paths Transitional Corner TV Stand 65-inch TV for just $110, which is down from $259.99.

You can also get recliners for a bargain right now. One such deal is on the Hillsdale Bozeman Oversized Glider Rocker Recliner with USB. Normally priced at $399.97, it now is $289.

The Nola Modern Futon from Better Homes and Gardens is a Walmart bestseller. The stylish living room essential can convert into a bed, making it ideal for small apartments and dorms. You can purchase it now for $230, which is a great deal when you consider that it usually costs $425.

Walmart is one of the most popular shopping retailers when it comes to Black Friday and Cyber Monday deals. As such, we suggest shopping early and searching online to avoid missing out on deals.

Walmart’s large sales event is already in full swing. So, be sure to keep your eye on Walmart’s website to take advantage of its longest-running Black Friday event. Key Takeaways This year, Black Friday is on November 25, and Cyber Monday is on November 28. You don’t have to wait until then to save, as Amazon has already begun rolling out their biggest deals of the year. Amazon is one of the most popular retailers when it comes to online shopping, but even […] Key Takeaways This year, Black Friday will be taking place on November 25, and Cyber Monday is happening on November 28. Some of the biggest names in mattresses have already begun rolling out their biggest deals of the year! You don’t buy a new mattress often, which makes purchasing one for the right price all […]

Read More about What Are the Biggest Black Friday and Cyber Monday Mattress Deals? Key Takeaways Black Friday will be taking place on November 25th this year. You don’t have to wait until then to save big on a brand new laptop! November 25, 2022 is creeping closer, which means massive Black Friday savings are on the horizon. Best Buy, Wal-Mart, Dell, Lenovo, and HP are all getting in […]