Station wagons are the most efficient and cost effective mode of transport for individuals who have large families. These vehicles are spacious, and offer a suitable alternative to SUVs, crossovers and minivans.

Car manufacturers have been coming up with station wagon models that are spacious and cost effective in a bid to capture the station wagon market. 2016 in particular, has seen the unveiling of many car models. The Subaru Outback, Volkswagen Golf SportWagen and Audi Allroad are some of the best 2016 station wagons.

This is the latest car model out of Fuji Heavy Industries’ impressive production line. The Outback is widely considered to be the best family station wagon that has been launched in 2016. This imposing machine has lived up to expectations. It is quite spacious and also comes with exceptional off-road capabilities that put most SUVs to shame. The car has a standard all-wheel drive system, which gives it excellent grip when driving in slippery areas.

The 2016 Subaru Outback has an advanced steering system, which gives it better handling than previous models. It has lived to its billing as the king of station wagons because of its comfortable and spacious seating. The car is particularly noted for its family-friendly spacing, which makes it ideal for large families. It similarly offers the best value among the three cars due to the attention paid during its design and assemblage. It is easy to handle when driving around corners. Besides this, the car guarantees smooth rides over any kind of surface.

The Outback comes with a remarkable four-cylinder engine, which has a horsepower of 175. It has a continuously variable transmission system. This explains why despite having a V6-rated engine, it is surprisingly quiet. The car’s fuel consumption is 25 miles per gallon within the city and 33 miles per gallon on highways. The standout feature of this car however, is the fact that it has large cargo space. Its trunk can accommodate cargo measuring up to 35.5 cubic feet.

This German machine gives an owner enough passenger and cargo space. Its fuel efficiency similarly stands out from the other models. Its uniquely designed cabin offers the best value for a car of its class. The SportWagen’s infotainment system in particular, sets it apart from other 2016 station wagons. The system features Android Auto and Apple CarPlay, which guarantee that you will have a memorable drive. These features make it easy for you to use your phone’s applications when driving. The infotainment system is highly responsive.

The car’s interior is comfortable. It also comes with high-end safety features. It has a seating capacity of 5. Lower trim models have high quality fabric upholstery while high trim modes have leather upholstery. The seats are uniquely designed and spaced to provide ample legroom and headroom.

The SportWagen has a 1.8liter engine, which is turbocharged. The four-liter engine has a 170 horsepower. This means you can accelerate to top speed within a short time low trim models are equipped with a five speed manual transmission system. On the other hand, higher trims have a six-speed automatic transmission system. The latter has a fuel consumption of 25 miles per gallon in the city. It does 35 miles per gallon on freeways.

The 2016 SportWagen has become renowned for the ease with which it handles corners. It also has an extraordinary suspension system, which guarantees comfort when driving on rough roads. The car is therefore recommended to individuals who want a dynamic but comfortable car.

The car’s standout features are its attractive interior and exterior, smooth handling capability, and all-wheel drive system. Those who have test-driven the 2016 Audi Allroad point out that its four-cylinder engine, which is turbocharged, offers plenty of power. Its eight-speed automatic transmission system also shifts remarkably quickly. The Allroad has a consumption of 28 mpg and 21 mpg in the city and on the highway respectively. It has an exquisite interior, which features all-weather upholstery, iPod integration, navigation system, and a rear-view camera among other features.

The 2016 Audi Allroad has a seating capacity of 5. It is available in two variants, which are Premium Plus and Premium. It has 2.0 liter turbocharged engine, which has four cylinders. The car offers a smooth ride. Its engine has a horsepower of 220. It has above-average traction when driving in rainy conditions. The Allroad similarly guarantees a comfortable drive in rough terrains. Its low-effort steering system makes it easier for motorists to maneuver in tightly packed parking lots. Its handling is precise and easily beats much larger SUV’s.

The Allroad’s standout feature is its lengthened wheelbase. This, coupled with an extra spring travel, makes a ride on the Allroad smooth. The car’s safety is guaranteed by a driver assistance feature, which helps detect crashes before they happen. Each model features a rearview camera, which automatically switches on when reversing. The 2016 Audi Allroad is based on the inherent uniqueness of Audi’s cars. This explains why it deserves a spot among the best 2016 station wagons.

Choosing the best family station wagon can be quite difficult due to the extent to which carmakers are going to ensure that their models gain a niche in the automobile market. However, the aforementioned car models stand out due to the unique features that each has. The 2016 Subaru Outback gets a spot due to its amazing cargo space, legroom and legroom. It also features state-of-the-art technology. Its handling is also above par.

The 2016 Volkswagen Golf SportWagen’s fuel efficiency is extraordinary. Its athletic driving dynamics make it a must-have for car enthusiasts. The car’s availability in two trims also gives buyers a variety of choice. The 2016 Audi Allroad’s grip when driving in rainy conditions is noteworthy. Besides this, the car’s effortless steering capability makes it one of the best 2016 station wagons. 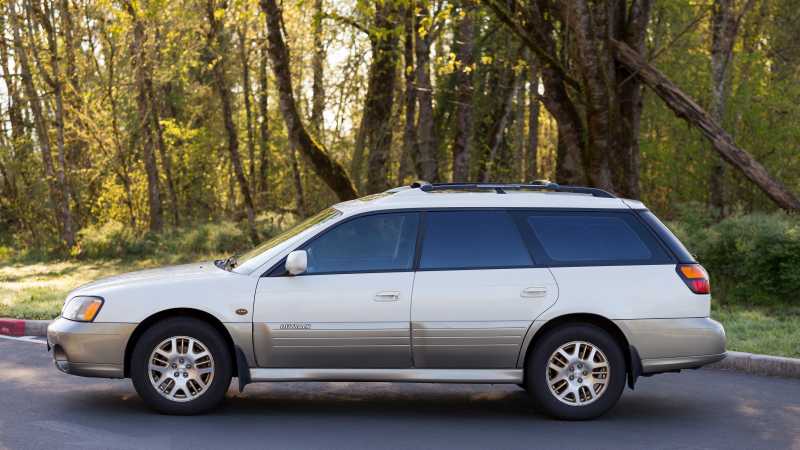