Hybrid vehicles have been taking the United States by storm in recent years. Consumers are opting for their high mileage and attractive price points, despite being smaller, more compact vehicles and a relatively new form of driving.

Every hybrid vehicle currently on the market generally uses two distinct forms of power, including an internal combustion engine and an electric motor. Now, an electric motor does require recharging, and recharging infrastructure is still in the process of expanding throughout the country. The upside to such vehicles, however, are they are extremely quiet and gas efficient. Some models, which will be discussed here in more depth, can achieve almost 100 miles per gallon, which is one of the benefits of hybrid vehicles. No other type of vehicle can match such a claim.

Chevrolet knows how to make a car that the general consumer is going to love. Their Volt has an economic image and style but is quite a bit of fun to drive. Being a hybrid, the Volt comes with the aforementioned two forms of power in the engine compartment. The all-electric engine is capable of achieving 53 miles per gallon, then the gas engine will kick in while the battery is recharging. With the gas engine, the Volt is capable of achieving around 59 miles per gallon. Chevrolet expects most drivers to achieve over 1,000 miles on a full charge and tank of gas. That is too impressive.

Being an electric hybrid, the Volt does require a recharge on occasion. These charge times can vary from 13 hours on the 120V engine to just 4.5 hours on the 240V engine, which is a bit more expensive. Speaking of expensive, the Volt does feature a starting MSRP of $33,995, making it a bit more expensive than a regular vehicle on the road today. For some, the price is worth the eventual gas savings and the eco-friendliness, though.

Like a regular vehicle, the Chevrolet Volt does take a strong stance towards safety while on the road. Lane Assist ensures you remain within your lane at all times, otherwise the wheel will take over just enough to ensure you remain in a straight path to avoid any collisions.

Chevrolet prefers to prevent any incidents from occurring, but sometimes things happen. When an accident does occur, the Volt is capable of protecting every passenger within by including 10 air bags in a 360-degree arc of protection. As for response, the Volt features automatic crash response through OnStar, who are immediately contacted if the Volt requires any assistance. Thanks to all of this, the Volt is one of the best hybrid vehicles for safety.

Audi entered the hybrid market and has been making waves, especially with their 2017 A3 Sportback e-tron, which has a starting MSRP of $37,900. The A3 e-tron is not your average hybrid on the market today, though. Audi made sure to include all of their known luxury and sporty features to offer the best ride to consumers just like you. The company's energy program includes a home charger, carbon offset program, and solar panel installation to offer sustainable travel for everyone.

As for performance, the A3 combines the best of both worlds by introducing a gas-electric hybrid engine to their lineup and a full electric vehicle. Combined, the two include 204 horsepower. Unlike many other electric options, Audi decided to hide the battery pack from view and to ensure it was out of the cargo area. They mounted the pack underneath the rear seat.

Charging your vehicle is a vital part of owning a hybrid like this. Audi implements a method to simply plug in the vehicle at home or on the go using a mobile charging cabinet, which is an optional feature in the vehicle.

The standard Premium A3 includes xenon headlights, panoramic sunroof, keyless start, stop and entry, and a total control parking system with rear-view cameras mounted at the back of the vehicle. There is also Premium Plus and Prestige for you to choose from, both of which will cost up to $10,000 more.

The 2017 Toyota Prius is easily one of the most affordable options in terms of hybrid vehicles currently on the market. Toyota is offered a starting MSRP of around $25,035, making it achievable for most families today. For that price, you will receive around 50 miles per gallon while traveling at 80 miles per hour on the highway. Those looking for even more can opt for the Prius Eco model, which features 58 miles per gallon in the city and 53 miles per gallon on the highway.

Toyota loves to make a showy appearance with their vehicles, and the 2017

Prius is no different from the rest of their offerings. With LED lighting, 17-inch alloy wheels, and even LED taillights, the Prius is sleek and stylish for any occasion.

On the inside, the Prius is a totally comfortable ride designed to ease the stress off you, the driver, while behind the wheel. A 7-inch touch-screen display features all of the information you require on a completely customizable screen. The front bucket seats are comfortable enough to sit for hours, and the moonroof enables a bit of wind through your hair on long or short trips.

As for performance, little features included in the new model have increased the responsive handling of the vehicle, offering a smooth ride. For instance, the double-wishbone suspension, the rear spoiler, and the body rigidity ensure you aren't swerving around the blacktop.

Hybrid vehicles are still relatively new and untested, which makes many consumers wary of purchasing one directly off the lot. After spending some time test driving a new 2017 model, however, most buyers will find they can fall in love with the new models. These top 2017 hybrids stand a cut above the other offerings available today, especially in terms of performance, top mileage, and safety expectations. You really could not ask for more in such a sleek package. The price may be high, but most will find it worthwhile. 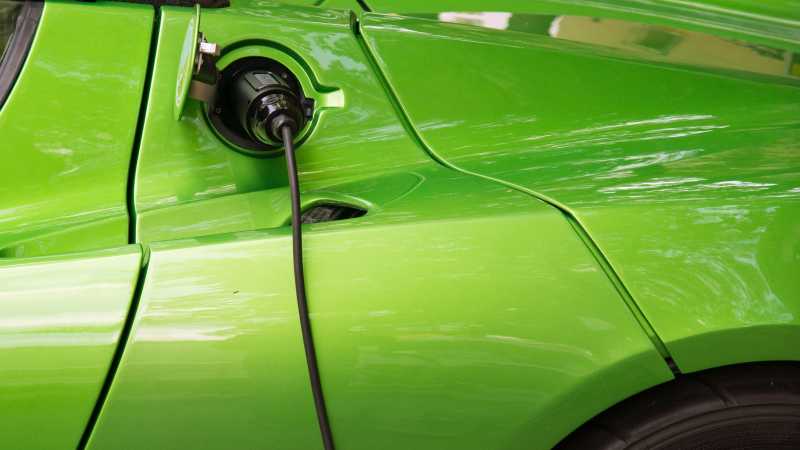