The SUV has long been considered the gas-guzzler of the automotive industry. However, they’re much more than that. These larger vehicles tend to be the unique mixture of a compact vehicle and an affordable, larger hatchback with plenty of room for passengers and storage in the back. The SUV is capable of carrying its passengers both in the front and in the rear, allowing for more space on longer trips.

The gas mileage, however, tends to be the major factor when it comes to purchasing such a vehicle. In 2016, however, the consumer market saw numerous new additions from major manufacturers, all of whom worked tirelessly to improve the mileage and top safety ratings of their vehicles before putting the SUV in front of the buyer.

The 2016 BMW X3 is a sleek, stylish option with a starting MSRP of just $39,945. BMW worked hard to introduce a crossover utility vehicle capable of offering you, the driver, a safe, fun ride in one of America's favorite sedans.

Under the hood, the X3 features three turbocharged engines (depending on which model you purchase) - the 240-hp 2.0-liter four; a 300-hp 3.0-liter six; and the 180-hp, 2.0-liter diesel four, which has improved the overall gas mileage. Eight-speed automatic is the standard transmission included with the X3, and all models except for the base X3 feature xDrive.

The children in your vehicle will love the ability to connect to Wi-Fi no matter where you go, even if the trail leads off-road in some cases. An available wireless charging dock keeps phones and tablets at one-hundred percent whenever possible. If the kids are quiet in the back, you can concentrate on the road up front.

As for safety, the X3 features such additions as Active Blind Spot Detection, Active Driving Assistance, and Lane Departure Warning to keep everyone in the vehicle safe while on the road. Basically, Lane Departure will offer an audible signal and a flashing symbol on your dashboard when you are drifting too far to the left or right while driving in a lane on the highway. It does work in any lane, but the highway is where most people will experience the feature for the first time.

The 2016 Audi Q5 will set you back at least $40,900, which is the current starting MSRP set by Audi. The appearance of this year's model combines smooth handling with a design that easily turns heads while driving down the road. Features like Audi's LED daytime headlights and the sleek profile of the vehicle are enough to entice most buyers.

If you consider yourself technologically-savvy, then you should know of some of the features included in the Q5. Audi Connect, the first feature implemented, allows you to utilize Google Earth, Wi-Fi with 4G LTE allowing for up to eight devices, Twitter integration, local traffic, and total news coverage while you're driving. For a long road trip, the SUV features full iPod integration, allowing you to control your music player using your steering wheel or audio system built into the center console. These are little features that most consumers would consider quite fun and necessary for their ride.

The standard features included are:

Alternatively, you could pay a bit more for improved features, including:

Audi has decided to pack as many possible features into this year's X3 as possible. Side assist was mentioned above, but perhaps you are unsure of what exactly that means. Basically, the Audi side assistant system uses sensors and visual warnings to alert you of any vehicle within your blind spot, ensuring you are safe and careful in a 360-degree arc around the vehicle. Such features are why people purchase an SUV like this.

The 2016 Lincoln MKX is a luxury crossover vehicle known for its style, dependability, and some of the best features and best mileage of its kind. On top of all that, Lincoln has set the best price for such a vehicle, too.

The technology introduced to this year's model of MKX include a Revel Audio System, Active Parking Assistance, Lane-Keeping Control System, Active Noise Control, and a 360-degree camera so you may remain safe with your family in the vehicle no matter where you are driving. Such features generally cost extra, or buyers must opt for a premium model of the vehicle, but Lincoln has included these features for every driver to enjoy.

Lincoln, being a major vehicle manufacturer, is all about adapting to different situations and coming out on top. With the 2016 MKX, they took adaptiveness to a whole new level by introducing their Drive Control system, which offers a smooth, luxurious drive every time you sit behind the wheel. Driving through the rain? No problem! The MKX features rain-sensing wipers that automatically activate whenever rain hits your windshield. There are five levels of sensitivity to this feature, allowing intuitive control depending on the severity of the storm you're driving through.

You see, most people consider the SUV to be cumbersome, costly, and few in features. Those people are completely wrong, though. These three 2016 models have managed to become known across the United States for being smooth, reliable rides packed to the brim with various features, new technology, safety enhancements, and warranties to keep you on the road for longer periods of time. Gas mileage may vary, but the experiences you have while behind the wheel or in the passenger seat will remain with you forever. 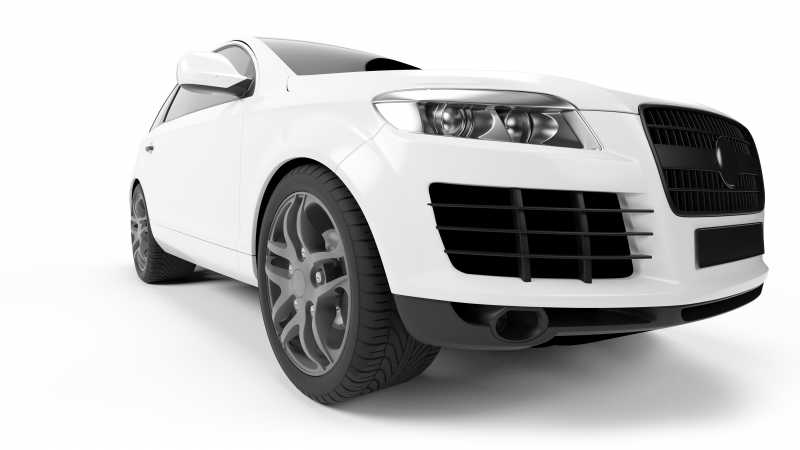