The era of the traditional family sedan appears to be coming to an end. It's happening just as the family sedan is reaching an incredible level of sophistication and refinement. These two trends put together might mean great deals for car buyers who don’t have their hearts set on a SUV or a crossover.

US News and World Report revealed in May that sedan sales had fallen off a cliff, while sales of crossovers and SUV's had stayed level or even increased. Sedans were more likely than any other type of vehicle to be found sitting on a lot, unsold - usually with large incentives advertised on their windshields.

In a way, this is sad. The best 2016 sedans offer a terrific mix of comfort, efficiency, utility, and even sportiness. They only lack the trendy lifestyle appeal of their closely-related crossover cousins.

Here's a list of the best family sedans available today, limiting the category to a base price of $20-$30,000, and EPA interior-space ratings in the midsize and large categories. Until recently, this was the family-car market automakers prized. With the right deals, perhaps buyers will find mom and dad knew a thing or two about cars, after all.

The Sonata has come a long way from the Mitsubishi-derived slug that first oozed onto US shores in the late 1980’s. The current edition of this sedan boasts the latest features and some of the best drivetrains and quality ratings in the industry. It even looks good. Unlike some competitors, Hyundai offers no V6 option, though an available turbocharged 2.0L four offers similar thrills.

Nissan hit a homer with the Altima back in the 1990’s. Buyers found features and style made it a great value. Today’s Altima is a sound choice that continues the model’s traditions of bold styling and high equipment levels. The standard 4-cylinder engine ranks it among the thriftiest of all non-hybrid sedans, with an EPA highway rating of 39 MPG.

If there’s such a thing as a generic car, it’s the Camry. This is not a put-down in the least: Toyota achieved world dominance by offering quality and reliability at a reasonable price. Some things are incredibly popular because they deserve it. Just be sure to add a bumper sticker so you can find yours in the parking lot among all the others.

Toyota also offers a Camry with their excellent hybrid system, though it mainly raises city MPG rather than highway.

The Camry/Accord rivalry has lasted a generation. In many parts of the country, if you don’t drive a Camry, you probably drive an Accord. Of the two, the Honda is more of a “driver’s car.” Reviews point up the responsiveness of the suspension and a more fun vibe overall. When equipped with the optional V6, the Accord impersonates a sport sedan quite well.

VW can’t seem to catch a break. For years, a poor exchange rate and reliability issues kept their German-built mid-sized offering from gaining much traction. It was hoped the current US-built Passat would restore VW's dominance in America.

Though the Passat is affordable and among the best 2016 sedans, all current VW’s bear the shame of their wayward, diesel-engined cousins. Thus, the gas-powered Passats might be the best deal on this list -- thanks to factory incentives. The TDI diesels are off the market until VW comes to terms with the EPA.

Drivers from cold climates and those who just want something different should consider the Legacy. Standard all-wheel-drive is the star of the show. Fuel efficiency suffers slightly, but all is forgiven the first time one needs to drive over a snowdrift to get into the garage. Subaru’s handling adds to the appeal, making the big Subie one of the most entertaining cars on the list -- even on dry pavement.

The current Regal is a slightly-reskinned Euro-market Opel Insignia. This is no bad thing at all. The Insignia/Regal gets high marks for power, refinement, and quality.

The title of this article only promises “Top Sedans.” Thus, consider the inclusion of the 200 a bonus. It’s almost universally derided as a poor choice in this segment. This is more a reflection of strong competition than any weakness in the 200.

Sure, complaints have been made about roughness and lack of rear seat space (most famously by the CEO of Fiat-Chrysler himself). That doesn’t mean it’s a disaster. But if you want one new, act fast: The 200 will likely be cancelled so Chrysler can cash-in on lucrative truck and SUV sales.

If you squint, Ford’s mid-size sedan looks a bit like an Aston Martin. Perhaps James Bond’s impressive capabilities inspired Ford to turn the Fusion line into a whole toolkit of cars meant to fill every niche in the market. Choices range from fleet-spec plain-jane to the sumptuous Platinum edition. Two different hybrids are available, one of which is a plug-in that allows battery-only trips. All Fusions rate highly among their competitors. No matter your taste, there’s probably a Fusion that will leave you shaken, and perhaps stirred as well.

It’s 2016 and somehow, through some wizardry (or perhaps market-driven desperation), Chevrolet has the best family sedan on the market. The Malibu gets universal raves for performance, quality, reliability, and even interior design. Those with memories from before 2008 or so remain in a state of shock: A Chevy can’t be this good. But, here we are.

It’s hard to go wrong with any of the best 2016 sedans. Factory and dealer incentives are bound to make them prime values in the transportation marketplace. If you have no need for an SUV or crossover, now might be the time to gain a new appreciation for the best family sedans on the market. 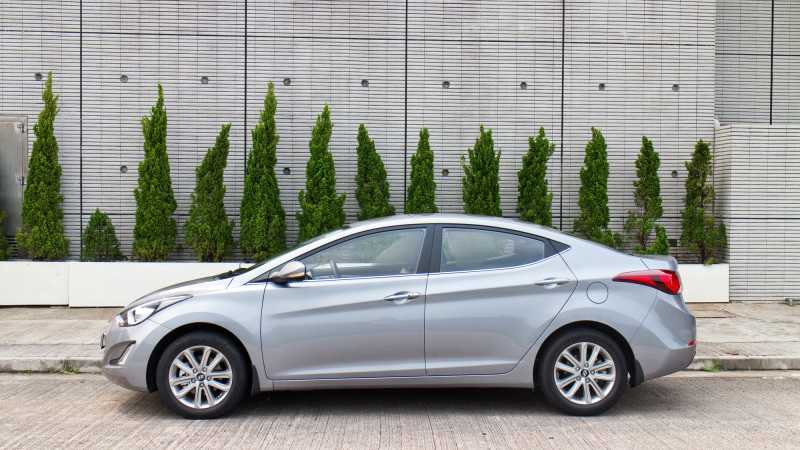