The Volvo Car Corporation is a Swedish manufacturer of luxury vehicles. Volvo was established in 1927 and has been a wholly owned subsidiary of Zhejiang Geely Holding Group of China since 2010. Prior to the sale to Geely, Volvo was owned by the Ford Motor Company and was featured in Ford's Premier Auto Group. The company is still headquartered in Gothenburg, Sweden.

Volvo cars are well known for their reliability and safety, including a long list of patented innovations. Volvo is consistently awarded a Top Safety Pick and earns five-star safety ratings. This combined with their luxury models makes Volvo a highly sought after car in the United States.

With Volvo's wide variety of models, a buyer must consider MSRP, safety features, entertainment features, and performance features before choosing the best car for their needs and purposes. Listed are some of Volvo's most popular 2016 models and things to consider when making a purchase.

The S60 Polestar is a four-door, limited production Volvo model. The MSRP for the Polestar is $59,700 and most features come standard. Some standard performance features of the S60 Polestar are the 3.0 liter turbocharged I-6 engine with a 6-speed transmission. The S60 goes from zero to sixty in 4.7 seconds, faster than any of its competition. Another performance feature of the S60 is the standard all-wheel drive with torque vectoring. It also includes a rear spoiler, rear diffuser, and front split corners to enhance the already stylish exterior.

The S60 also has an extensive list of standard entertainment features. Some of these features include Sensus Navigation with Mapcare, Sensus Connect, Volvo OnCall, and Harman Kardon Premium Sound System.

As with any car, there are pros and cons to the Volvo S60 Polestar. A pro of this car is its performance level. This car began as a racing model for Volvo and was redesigned for daily use. The Volvo brand guarantees reliability, and it has features that go above and beyond its same class competitors. A con of this vehicle is the limited availability. Finding one without ordering it specifically for you could prove problematic.

The XC90 Excellence is Volvo's top of the line plug-in hybrid SUV. MSRP on the XC90 is $109,400. It boasts a 2.0 liter 4-cylinder direct-injected turbo and supercharged engine and an eight-speed Geartronic automatic transmission as a performance feature. Another performance feature is its 400 horsepower and 472 lb. /ft. torque.

Pros of the XC90 involve the luxury additions to the SUV. The amenities in the Excellence are hard to find in its competition. A con of the SUV is that, again, there is a limited availability. There are, however, special offers in place that can be discovered by contacting Volvo Concierge.

Volvo's S80 is their premier luxury sedan. Its performance features include 240 horsepower and 258 lb. /ft. torque. The body is 191" long with a 111" wheelbase. With a 2.0 liter, 4-cylinder, turbocharged, direct-injected engine, the MSRP of$43,500 is tough competition for other cars in its class.

The S80 includes dual xenon headlights with active bending lights. These lights adjust around curves and maintain the ideal angle to the road. Other safety features include blind spot information, auto-braking, distance alert and adaptive cruise control. Each of these features come standard on the S80, which cannot be said of all same class competitors.

Pros of the S80 begin at the gas pump. The 37 mpg rating on the highway is above nearly all competition. Another pro is the use of the Volvo OnCall app which allows the owner to control and monitor the car from a smartphone. A con of the S80 is the smaller cabin when compared to other cars in its class. Currently, Volvo has a special offer of 1.9% APR financing for up to 60 months and up to $8,450 in allowances.

The V60 Cross Country wagon has an MSRP of $41,200. The car features 7.9" of ground clearance and an elevated driver's seat to enhance the pilot's view. With 43.8 cu. ft. of cargo space, there isn't much this wagon can't handle.

Performance features of the V60 Cross Country include 266 lb. /ft. torque, all-wheel drive, Instant Tracking™, and hill descent control. It has a 2.5 liter, 5-cylinder, turbocharged engine with 5400 rpms. The wagon is 182" long and has 3500 lbs. towing capacity. It touts a 28 mpg fuel rating on the highway with a 19.8-gallon fuel tank.

Pros of the V60 include its environmentally efficient fuel system and design. A con of the wagon is its price tag. There are other wagons on the market at a lower MSRP, but they are not the luxury vehicle that Volvo is. Special offers on the V60 Cross Country currently are 1.9% APR financing for up to 60 months and up to $4,950 in allowances and a complimentary upgrade to the premier package.

The XC60 is Volvo's most popular SUV with an MSRP of $36,600. The XC60 has a 4-cylinder, turbocharged engine with 302 horsepower. Another engine option is the 6-cylinder turbocharged engine, but a perk of the 4-cylinder is that is produces 30% fewer emissions than its 6-cylinder counterpart. This environmentally sound engine leads its class in emissions reductions. Other standard performance features of the XC60 are traction control, all-wheel drive, stability control, and roll control.

Pros of the XC60 SUV include the 36,000-mile free maintenance warranty and 67 cu. ft. of cargo space. A con comes in the low fuel efficiency for the 6-cylinder: 23 mpg on the highway. In comparison to its competition, it is less expensive and outperforms in crash tests. The XC60 currently has a special offer of 1.9% APR financing for up to 60 months and up to $4,750 in allowances. 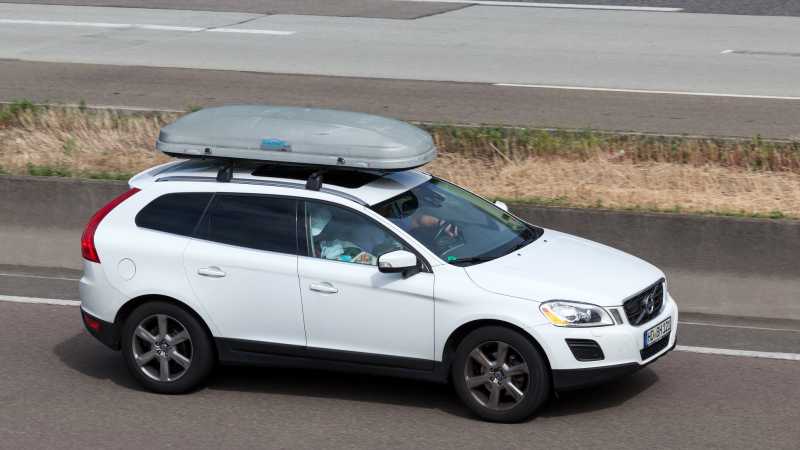